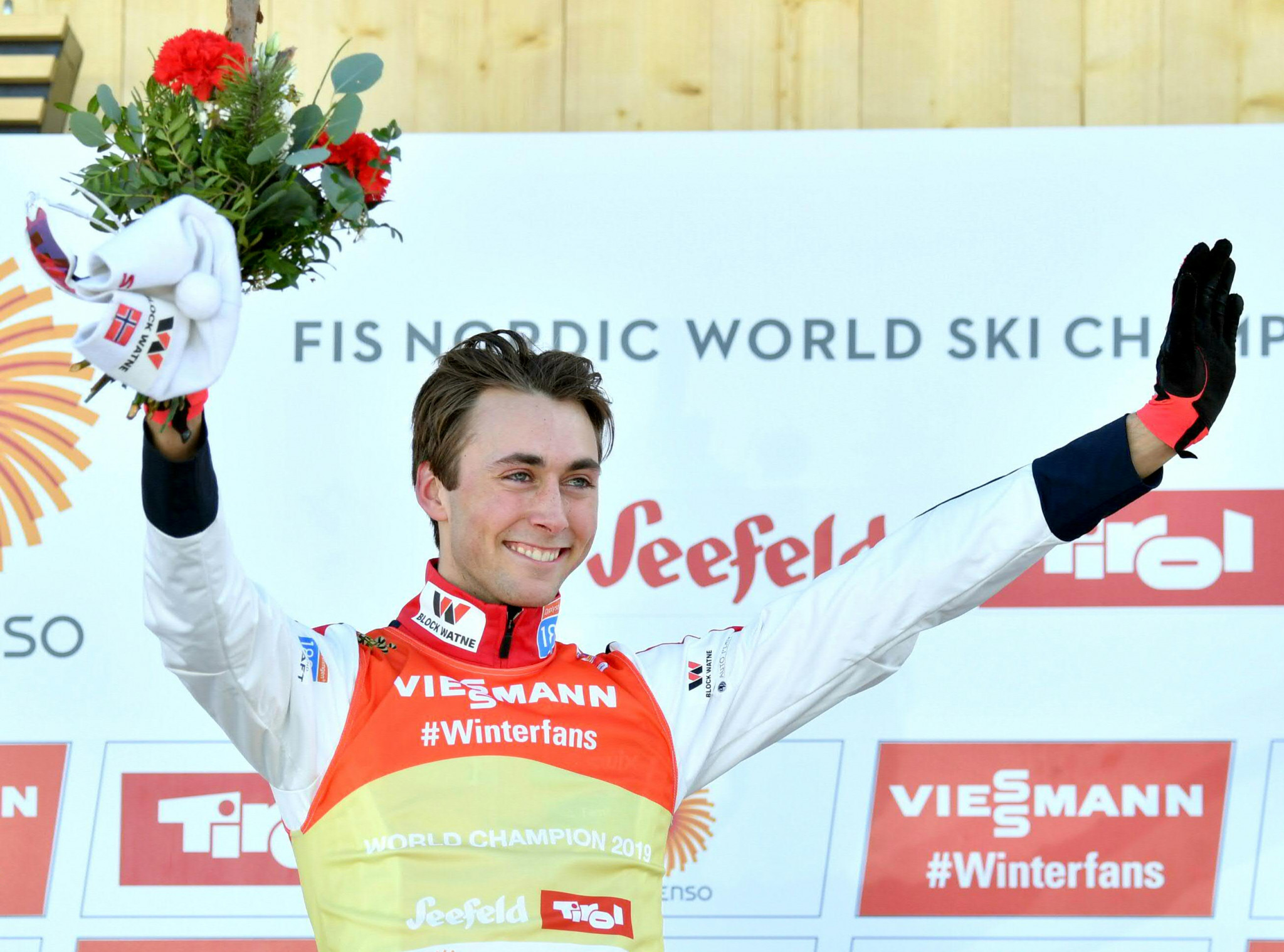 Jarl Magnus Riiber became the first Norwegian to win a Nordic combined gold medal at the International Ski Federation Nordic Ski World Championships since 2005 as he triumphed in the normal hill 10 kilometres event in Seefeld.

The 21-year-old further cemented his status as a future star as he crossed the line 1.4 seconds in front of Austrian Bernhard Gruber to seal his first world title.

Japan's Akito Watabe came through to take the bronze medal, 4.6 seconds behind the victorious Norwegian.

Elsewhere at the World Championships today, where athletes were still reeling from a doping raid conducted by police in the Austrian resort yesterday, Sweden claimed the women's 4x5km cross-country relay title.

Riiber, a member of the Norwegian squad which won Nordic combined team silver at last year's Winter Olympic Games in Pyeongchang, topped the ski jumping round after his jump of 107 metres earned him 135.6 points.

He then converted his ski jumping advantage into the gold medal by finishing the cross-country leg in 25min 01.3sec.

Gruber, four-time Olympic gold medallist and three-time world champion, had threatened to usurp Riiber but ran out of track and was forced to settle for silver.

The Swedish team, also including Ebba Andersson, Frida Karlsson and Charlotte Kalla, clocked a combined 55:21 to top the podium.

The two countries were locked in a head-to-head clash for gold as Russia, represented by Yulia Belorukova, Anastasia Sedova, Anna Nechaevskaya and Natalia Nepryaeva, were over two minutes slower than the Swedish quartet.

"It was a really hard race, I knew Therese would try to catch me and the technique and plan was, to attack her definitely at the last meters and I am glad it worked out," said Nilsson.

The event in Seefeld continues tomorrow.