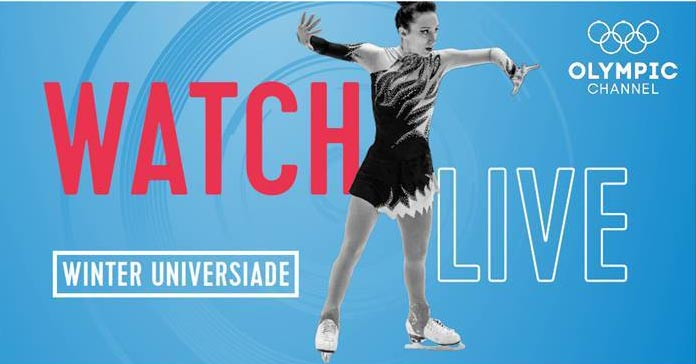 More than 100 hours of competition is set to be streamed by the Olympic Channel of the 2019 Winter Universiade here.

The Olympic Channel’s coverage of the International University Sports Federation (FISU) event is due to begin on Saturday (March 2) and continue until the Closing Ceremony on March 12.

The Opening Ceremony from the Siberian city will be shown online at olympicchannel.com, as well as on mobile applications.

Coverage of 11 days of competition will be shown at the event, featuring student-athletes under the age of 25 competing in 76 medal events across 11 winter sports.

Around 3,000 athletes from 58 countries are expected to compete, with the host nation set to boast the largest delegation.

Canada and the United States will also be well represented at Krasnoyarsk 2019.

Switzerland will have a team of nearly 100 athletes, while China have sent 84 to compete as the country continues to build towards the 2022 Winter Olympics in Beijing.

Ski orienteering and bandy will debut at the Universiade.

More than 5,000 volunteers and 100,000 spectators are expected to attend this year’s event in Krasnoyarsk.

This comes despite cold temperatures in the Siberian city located more than 2,000 miles from Moscow.

It will be the latest multi-sport event the Olympic Channel have provided coverage from, with the Summer Youth Olympic Games in Buenos Aires last year having been another youth orientated event receiving their support.

The Olympic Channel last year signed a Memorandum of Understanding with FISU.

The agreement was viewed as a boost to FISU's ability to engage new audiences and younger generations all year round, utilising the Olympic Channel’s digital platform and social channels.

FISU will hope their support earns the Winter Universiade greater coverage across the world.