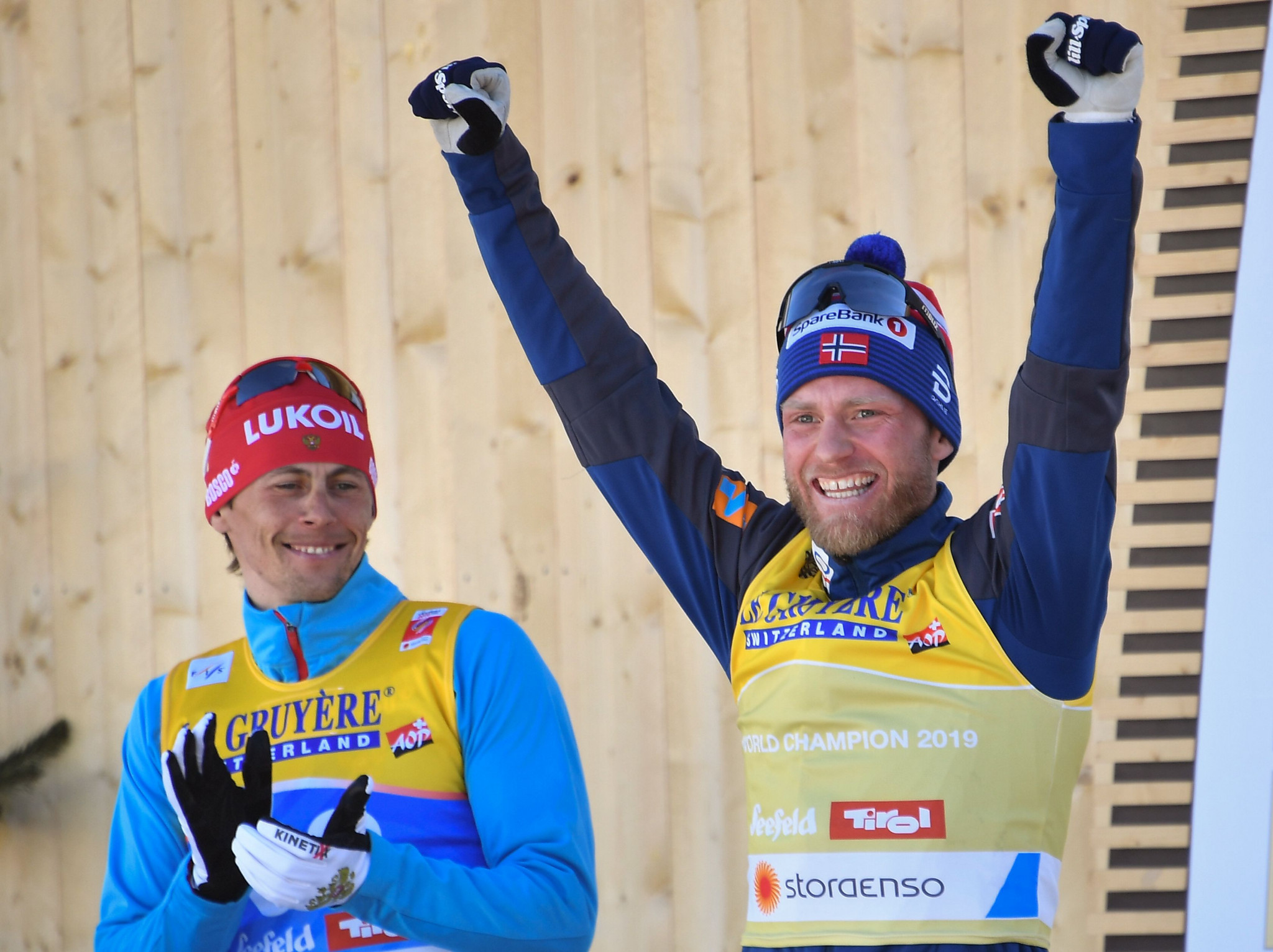 On a day totally dominated by the surprise raids carried out by the Austrian authorities, Norway's Sundby, who has previously served a doping suspension after failing for endurance booster salbutamol, won the men's 15-kilometre cross-country race in 38min 22.6sec.

Bessmertnykh was one of dozens of Russian athletes initially banned for life by the International Olympic Committee after being embroiled in the country's doping scandal.

His ban was eventually overturned, however, following a successful appeal at the Court of Arbitration for Sport.

It means Niskanen is the only medallist from today's race who has not found himself embroiled in a doping scandal, on a day when subterfuge and foul play has dominated the headlines.

Elsewhere in Seefeld, the women’s ski jumping final also went ahead, which was won by Norway's Olympic champion Maren Lundby.

That placed her just 0.5 points ahead of her German rival and 2019 team champion Katherina Althaus.