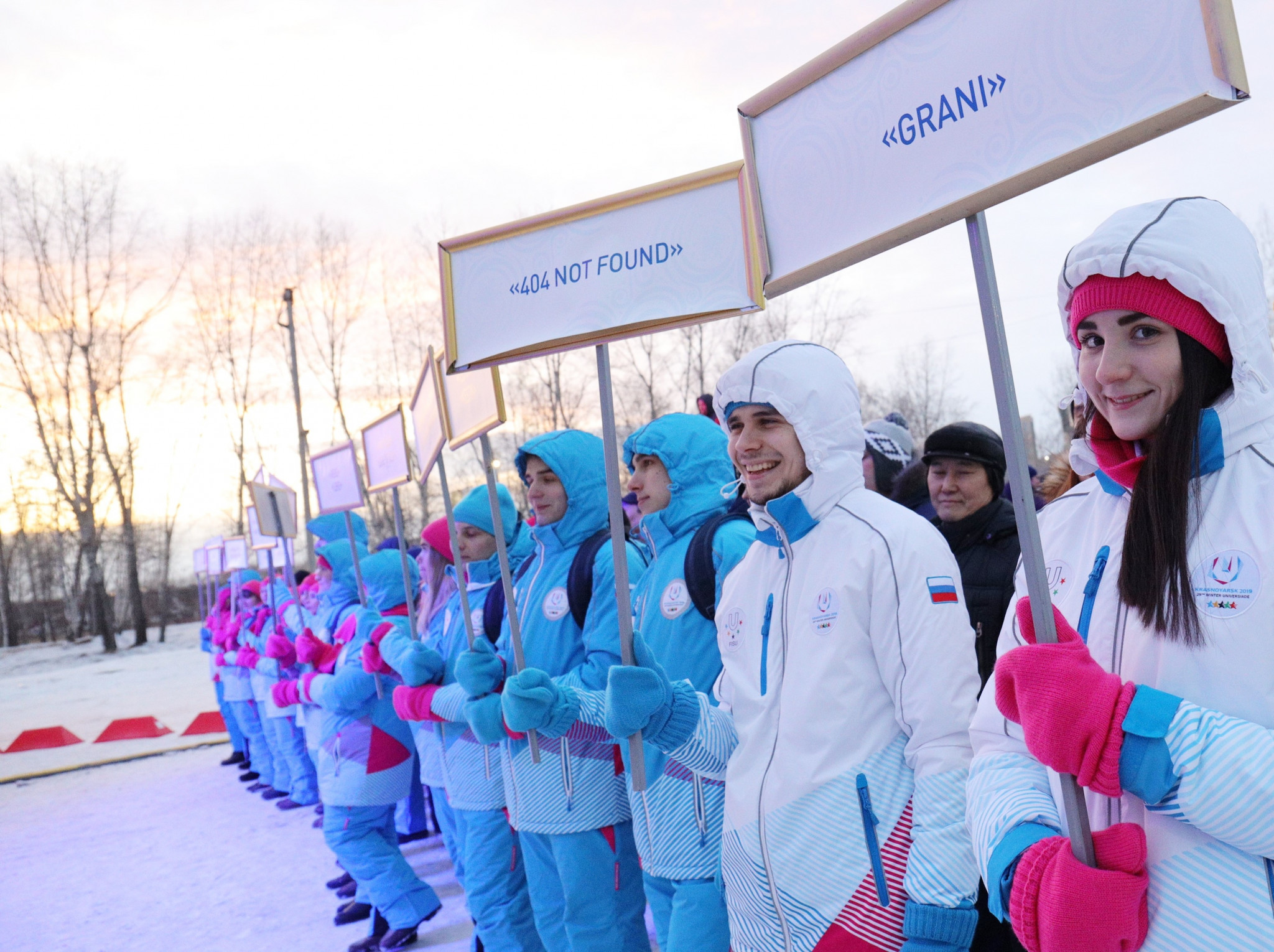 The Magic Ice of Siberia International Festival and Contest of Snow and Ice Sculptures has begun as part of the Krasnoyarsk 2019 Winter Universiade cultural programme.

It is the seventh edition of the international festival and contest, but this year it is included as part of the Universiade celebrations in Russia.

The theme this year has been chosen to complement the sporting event taking place in the same city.

"The theme of the festival is The Embodiment of Victories," said Natalia Bobrova, vice mayor of Krasnoyarsk.

"It was not chosen by chance: your works will anticipate the victories we will see at the Winter Universiade 2019 competitions."

Twenty teams from hosts Russia, Canada, Finland and Belarus will compete, with the Sag Sculpte team from Quebec coming to Russia for the first time.

"Festivals of the snow and ice sculptures are very popular in Quebec," said Louis-Gabriel Jean, the Canadian team captain.

"For the contest in Krasnoyarsk, we came up with the composition that would symbolically unite our countries."

The festival's opening event featured folk songs and dances performed by local ensembles, alongside pasties and drinks made of Siberian berries served to the sculptors.

All of the sculptures will be displayed in the western part of Tatyshev Island.

The results will be announced tomorrow (February 28), the day the Universiade Park opens.

The 2019 Winter Universiade will take place in Krasnoyarsk from March 2 to March 12.