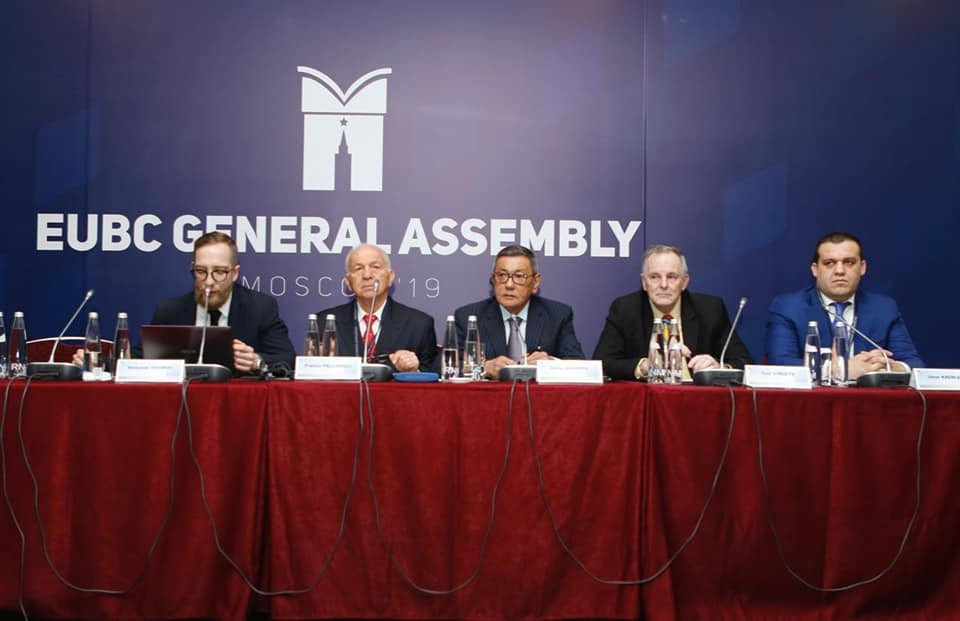 A lawyer has been appointed by the European Boxing Confederation (EUBC) to deal with media inquiries after the International Boxing Association (AIBA) formally warned President Franco Falcinelli for his conduct in the lead-up to last year's election.

AIBA executive director Tom Virgets confirmed to insidethegames that the controversial Italian had been warned by the Disciplinary Commission after he actively lobbied against Gafur Rakhimov in his head-to-head contest with Kazakhstan's Serik Konakbayev.

Falcinelli warned the membership that it put boxing's place on the Olympic Games programme in jeopardy if Rakhimov, who remains on a United States Treasury Department sanctions list as "one of Uzbekistan's leading criminals", was elected President.

He eventually performed a U-turn and his temporary suspension for misconduct was lifted after he pledged to support the Uzbek, who comfortably defeated Konakbayev in the vote at AIBA's Congress in Moscow.

Falcinelli was then elected an AIBA vice-president in the Russian capital.

The AIBA Disciplinary Commission warned Falcinelli but the Italian will not face any punitive sanctions and the case against him is now considered closed.

Virgets claimed AIBA could not reveal the content of the warning for confidentiality reasons but confirmed Falcinelli had been cleared of leaking a letter from the IOC, which effectively told Rakhimov not to stand, to the media.

Further claims of wrongdoing against Falcinelli were made by some EUBC members during a fractious two-day Congress in Moscow at the weekend, raising additional concerns over governance within international boxing amid the IOC's ongoing inquiry into AIBA.

It came after Falcinelli was accused of breaching the EUBC's statutes and constitution for his failure to present the full audited four-year accounts of the continental body.

Virgets also confirmed that Falcinelli had been threatened with a vote of no confidence for his handling of a meeting some members claimed was "shambolic".

This was eventually avoided after Falcinelli promised to ensure all of the EUBC's members received audited versions of the accounts, which insidethegames was told showed a loss.

The AIBA executive director told insidethegames he had "mixed emotions" regarding the outcome of the Congress as it was "clear we have to better educate our members on what are best practices of good governance".

"Cultural change takes time, but there is a willingness on the part of the organisation to make these changes and it will happen at an accelerated pace," Virgets, who attended the EUBC Congress along with Rakhimov, said.

"It was refreshing to see a Congress openly debating from the floor and engaging in dialogue without fear of retaliation.

"For too long AIBA and its Confederations were operating under a culture of fear.

"This Congress demonstrated that members are free to participate in open discussion with dissenting opinions and their dialogue is welcomed.

"I was extremely pleased to see the EUBC Congress members hold the Confederation leadership to operating within the statues.

"I was also happy to see most of the organisation seeking solutions rather than conflict."

The EUBC resolution says AIBA is "the one and only governing body of Olympic boxing".

They have vowed "to support the democratically elected AIBA leadership as well as the mission and goals of AIBA" and have called on the IOC to "continue recognising AIBA as the only governing body of Olympic boxing and to start working with AIBA for an approval of the qualification system established by AIBA for the Tokyo Olympic Games".

When contacted for a response from Falcinelli, EUBC legal counsel Alessandro Oliverio told insidethegames "for present and future EUBC matters please refer directly to me".