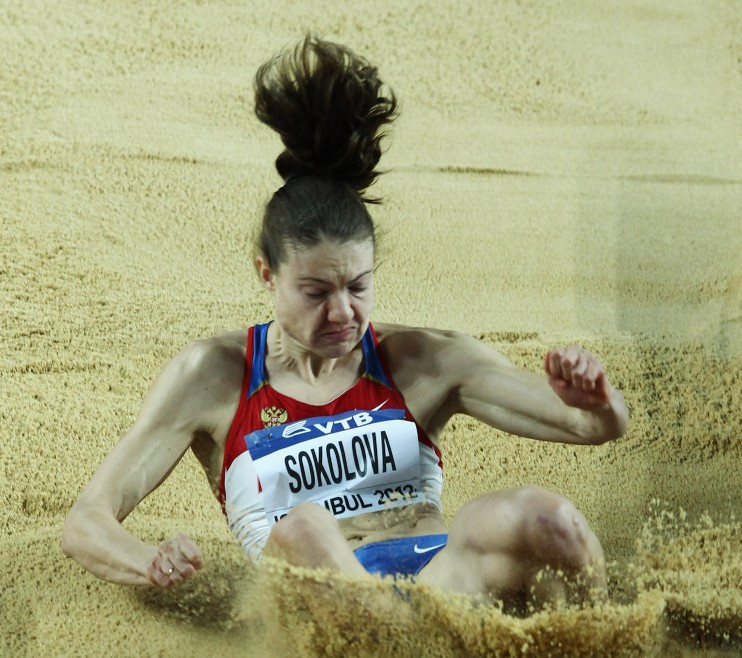 Olympic long jump silver medallist Yelena Sokolova is among a further 21 Russians given permission to compete as neutrals in 2019, the International Association of Athletics Federations (IAAF) has announced.

Sokolova, second in the event at the 2012 Olympic Games in London, has been granted a return to international competition for the first time since Russia was banned by the IAAF following the country's doping scandal.

The 32-year-old is the highest-profile name on the list of 21 competitors approved by the IAAF, who will all be eligible to compete as "Authorised Neutral Athletes" at the European Indoor Championships in Glasgow beginning on Friday (March 1).

The late notice of the announcement from the IAAF has raised concerns over whether the Russian athletes will be able to obtain British visas in time to participate.

European Championships triple jump bronze medallist Irina Gumenyuk has had her approval to compete as a neutral extended from last season.

Others include decathlete Artyom Makarenko, who has met the qualifying standard and could take part as a neutral at the Championships in the Scottish city.

Russia is expected to field a team of 11 for the event, including double high jump world champion Mariya Lasitskene.

The approval from the IAAF brings the number of Russian athletes given neutral status for the 2019 season to 63.

A total of 42 athletes were given green light in January to participate as neutrals status for 2019, all of whom held the status in 2018.

The Russian Athletics Federation had previously revealed they received applications from 133 athletes, with 98 of those having already been sent to the IAAF for consideration.

Those given neutral status have also been invited to apply to compete at next month's IAAF World Cross Country Championships in Aarhus.

Athletes hoping to be given permission to compete at IAAF events must prove they are clean by showing evidence of their drug-testing history.

The IAAF's ban on Russia, first introduced in the wake of allegations of state-sponsored doping in November 2015, was extended for the ninth time in December.

It could last until the IAAF World Championships take place in Doha in September and October.