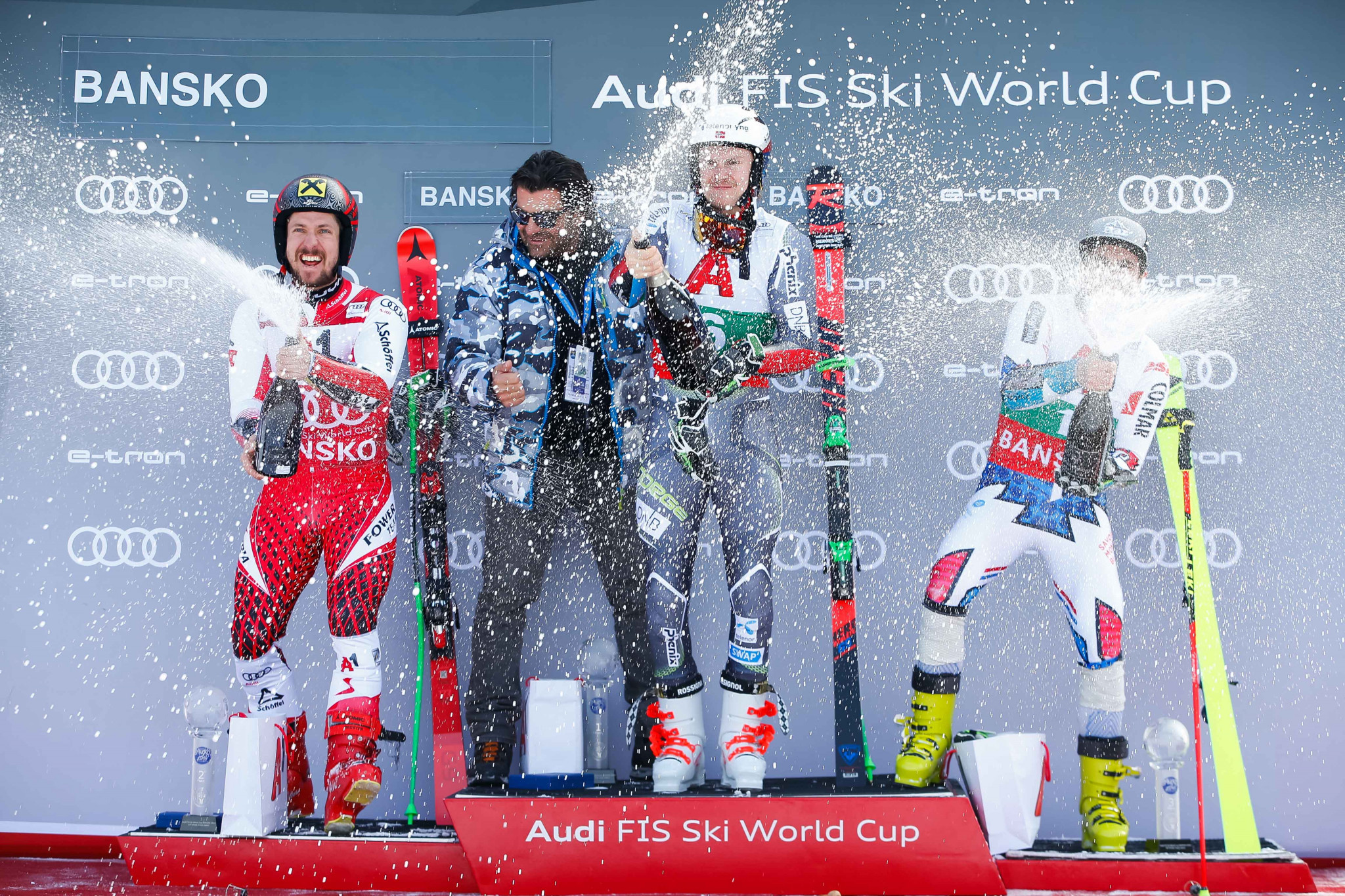 Despite being one of the stand-out skiers on the World Cup circuit for many years, the 24-year-old, crowned as the giant  slalom world champion in Åre this month, had failed to top the podium in 17 World Cup attempts this season.

On Bulgarian snow and after two runs he clocked a combined time of 2min 26.87sec to again edge Hirscher after he pipped his rival at the World Championships in Sweden.

That was just 400ths of a second faster than the Austrian, the reigning world slalom champion and World Cup leader.

France took third place through Thomas Fanara who gained his third podium of the season by finishing just ahead of his team-mate Alexis Pinturault in 1:15.73.

Hirscher, seeking an eighth overall World Cup title in a row, still leads the rankings with 1,408 points in front of Pinturault's 918.

He heads Kristoffersen in the giant slalom list with 620 over the Norwegian's 402.

Today's action in Bankso went ahead after yesterday's planned super-G was cancelled due to heavy snow.

At the women's World Cup in Crans-Montana, Federica Brignone won the Alpine combined contest a day after her compatriot Sofia Goggia took the downhill title in an event dogged by timing issues.

The FIS were forced to apologise after their timing system failed to show the efforts of some athletes yesterday, but no similar issue was reported today as Brignone won in 2:15.20 after downhill and slalom.

It marks her third win in the Swiss resort in three years.

Coming second was Canada's Roni Remme who finished 0.38 behind in 2:15.58, while the Swiss had a home athlete on the podium as Wendy Holdener came third.

The Pyeongchang bronze medallist and back-to-back combined world champion finished in third spot with a time of 2:16.24.

American Mikaela Shiffrin has a commanding overall lead with 1,794 points, in front of Slovakia's Petra Vlhova on 1,075.

Brignone has won the combined title for the season as today's was the only race held.

As the season nears its conclusion the men will next race in the Norwegian resort of Kvitfjell on February 28, while the next women’s action will take place in Rosa Khutor in Russia starting on February 27.