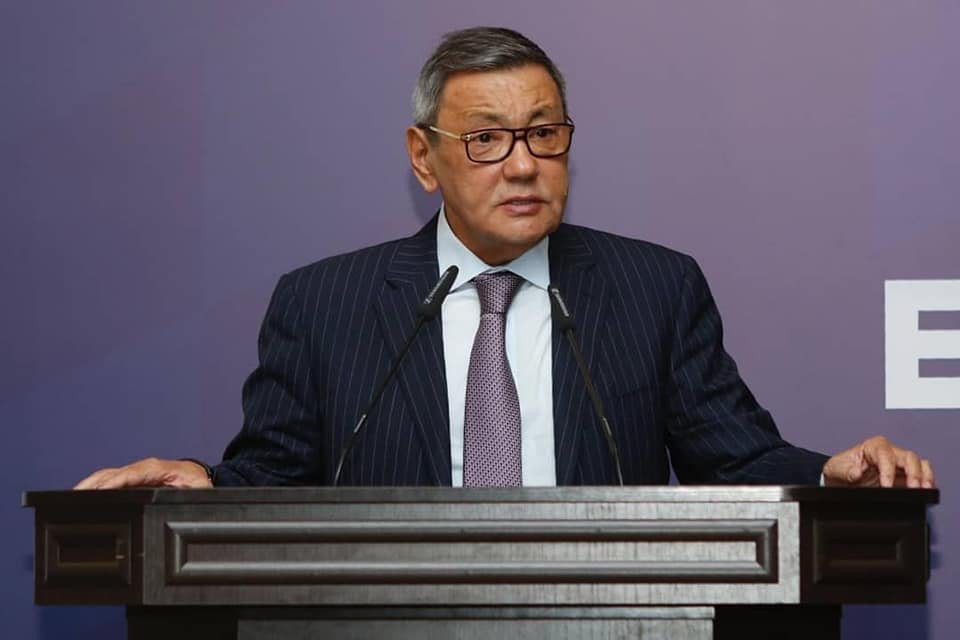 It comes after the European Boxing Confederation's (EUBC) newly-elected Executive Committee unanimously approved a motion to "reaffirm" backing for AIBA at their Annual General Assembly in Moscow.

AIBA is currently battling to remain part of the Olympic programme after the International Olympic Committee (IOC) froze all planning for the sport at Tokyo 2020 and set-up an Inquiry Committee to probe the governing body.

This was due to ongoing issues with AIBA's governance, financial management and the integrity of its competitions.

Chief among the IOC's stumbling blocks is the permanent election of Rakhimov as AIBA President in November, despite him being described as "one of Uzbekistan's leading criminals" by the United States Treasury Department.

Rakhimov has denied any wrongdoing while AIBA have insisted that they are making progress in various areas.

The support of the EUBC, led by Franco Falcinelli, has been seen as a U-turn as the Italian initially lobbied against Rakhimov in favour of his Presidential election rival Serik Konakbayev.

He was temporarily suspended for "misconduct" after calling for members to back the Kazakh challenger, a move he said was to "protect boxing's place on the Olympic programme".

This sanction was lifted when he changed tact to back Rakhimov, however, and he was later confirmed as an AIBA vice-president.

"We are very happy to welcome this demonstration of support," said Rakhimov.

"The EUBC can count on AIBA to continue driving the development of our sport and of its vision for the future, fulfilling its responsibilities as the governing body of Olympic boxing.

"This resolution comes at the right time, as AIBA has just submitted its answers to the IOC Ad-Hoc Committee's enquiries.

"I am confident that the information provided will allow us to put an end to issues of the past and move on to focus on the future, for the benefit of our sport and of our boxers."

The EUBC resolution says AIBA is "the one and only governing body of Olympic boxing".

They have vowed "to support the democratically elected AIBA leadership as well as the mission and goals of AIBA" and have called on the IOC to "continue recognising AIBA as the only governing body of Olympic boxing and to start working with AIBA for an approval of the qualification system established by AIBA for the Tokyo Olympic Games".

The IOC have pledged to hold a boxing tournament at Tokyo 2020 but this could take place without AIBA, which has claimed the continued uncertainty has affected fighters who do not yet know how to qualify.

An AIBA investigation has been launched after what it described as "a rogue group of individuals" from Kazakhstan reportedly approached the IOC offering to organise the Tokyo tournament.

Further drama has seen Konakbayev accused of destroying evidence from his time as Asian Boxing Confederation President, while Falcinelli was accused of breaching statues at the EUBC Congress in Moscow.

insidethegames understands that the Italian was at one point threatened with a vote of no confidence over his handling of the meeting in the Russian capital.

According to some of the countries present at the Congress, who spoke to insidethegames on the condition of anonymity, the official came under fire for his failure to present the full audited accounts of the continental body.

National Federations refused to approve them, insidethegames was told, as Falcinelli only gave them the unaudited four-year accounts.

Some of those nations then allegedly raised the possibility of a vote of no confidence in the Italian's leadership of the European organisation.

This was eventually avoided after Falcinelli promised to ensure all of the EUBC's members received audited versions of the accounts, which insidethegames understands highlighted a loss.

A plan from Falcinelli to establish a training centre in the Italian hillside city of Assisi, where the EUBC is based, was also a source of dispute at the meeting.

insidethegames understands some officials were blindsided by the proposal for the centre, which would partly use EUBC funds and would serve as a base for coaching, training and refereeing.

The dramatic scenes unfolded in front of Rakhimov, who was in attendance at the Congress.

One of the Uzbek's key allies, Russian Boxing Federation secretary general Umar Kremlev, was elected as a vice-president of the EUBC in Moscow.

Kremlev had previously claimed the IOC had been "stupid" for placing sanctions on AIBA.

Falcinelli added: "The EUBC is united in our support of AIBA and reaffirms its recognition of AIBA as the one and only governing body of Olympic boxing.

"To protect the sport of boxing and its future, the EUBC believes that an end must now be put to these relentless inquiries in order to finally allow our boxers and our federations to start preparing for the Olympics."