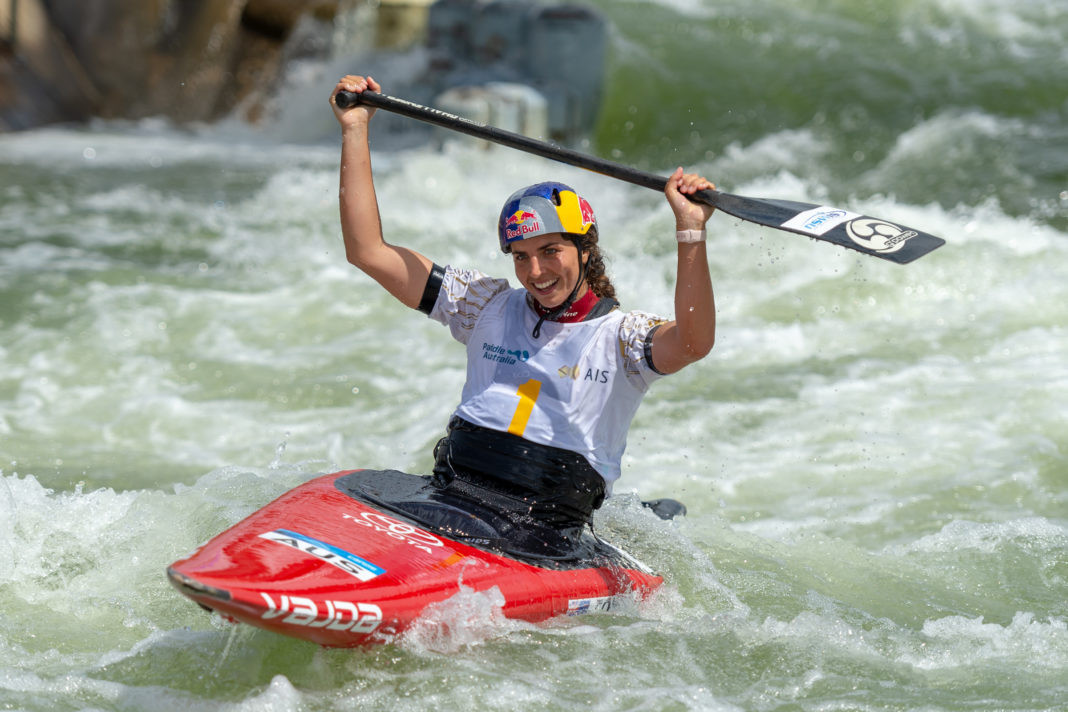 Australia's Jess Fox triumphed in the women's C1 final to claim her second title at the Oceania Canoe Slalom Championships in Sydney.

Fox continued her dominance of the event with her victory at the Penrith Whitewater Stadium.

The Australian is currently on an unbeaten run in the boat class, having won five World Cups and a World Championships in the past year.

She recorded a time of 121.71sec to win, having picked up four seconds in penalties on the way.

Compatriot Rosalyn Lawrence was 6.48 seconds behind Fox in 128.19, while Lucie Prioux of France finished third in 133.64.

"I'm happy but it was really hard," Fox said.

"That course was long, it was windy, it was really physical and I had to really dig deep because I felt quite flat before starting.

"There were a couple of mistakes, I had two touches on the top and it definitely wasn't perfect.

"I was a little bit surprised to see the number one next to my name, because obviously a few mistakes can cost you a lot, so I gave it everything out there."

This was Fox's second title of the Oceania Canoe Slalom Championships, having claimed the K1 title despite finishing eighth in the final.

She had been the only athlete from Oceania to qualify for the final race.

Michal Smolen of the United States was victorious in the men's K1 final with a time of 99.35, 0.61 seconds ahead of Slovakia's Jakub Grigar and 1.33 seconds in front of France's Boris Neveu.

"I knew that I had a really solid run and I knew also that anyone could challenge that because in there were a lot of fast guys in the top ten," Smolen said.

"I was just happy with my run and wasn't too worried about the result in the end, but I was really happy that I was able to remain on the top."

Austalia's Tim Anderson took the Oceania title, having finished in seventh in 103.95.