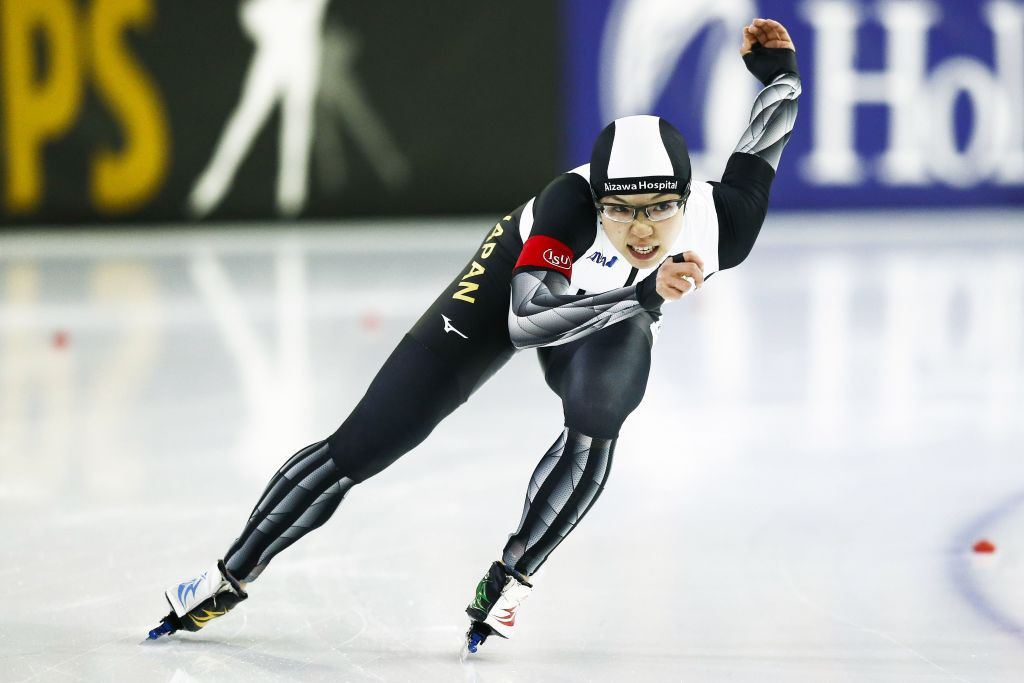 Kodaira won the women's first 500 metres race of the competition to get her title defence off to a strong start at the Thialf Ice Arena in the Dutch city.

She recorded a time of 37.27sec to finish first, ahead of compatriot Miho Takagi in 37.62 and Brittany Bowe of the United States in 37.89.

Completing the podium was Russia's Daria Kachanova in 1:14.94.

Despite finishing outside of the top three, Kodaira's position was enough to establish her at the top of the standings with 74.775 points.

In the men's competition, Russia's Pavel Kulizhnikov is leading with 68.770 points despite finishing third in both the 500m and 1,000m races.

Kulizhnikov recorded a time of 34.74, joint with Håvard Holmefjord Lorentzen of Norway.

Lorentzen is second in the overall rankings on 68.835 points, while Nuis is third with 68.910 points.

The competition will conclude tomorrow with the second men's and women's 500m and 1,000m races.