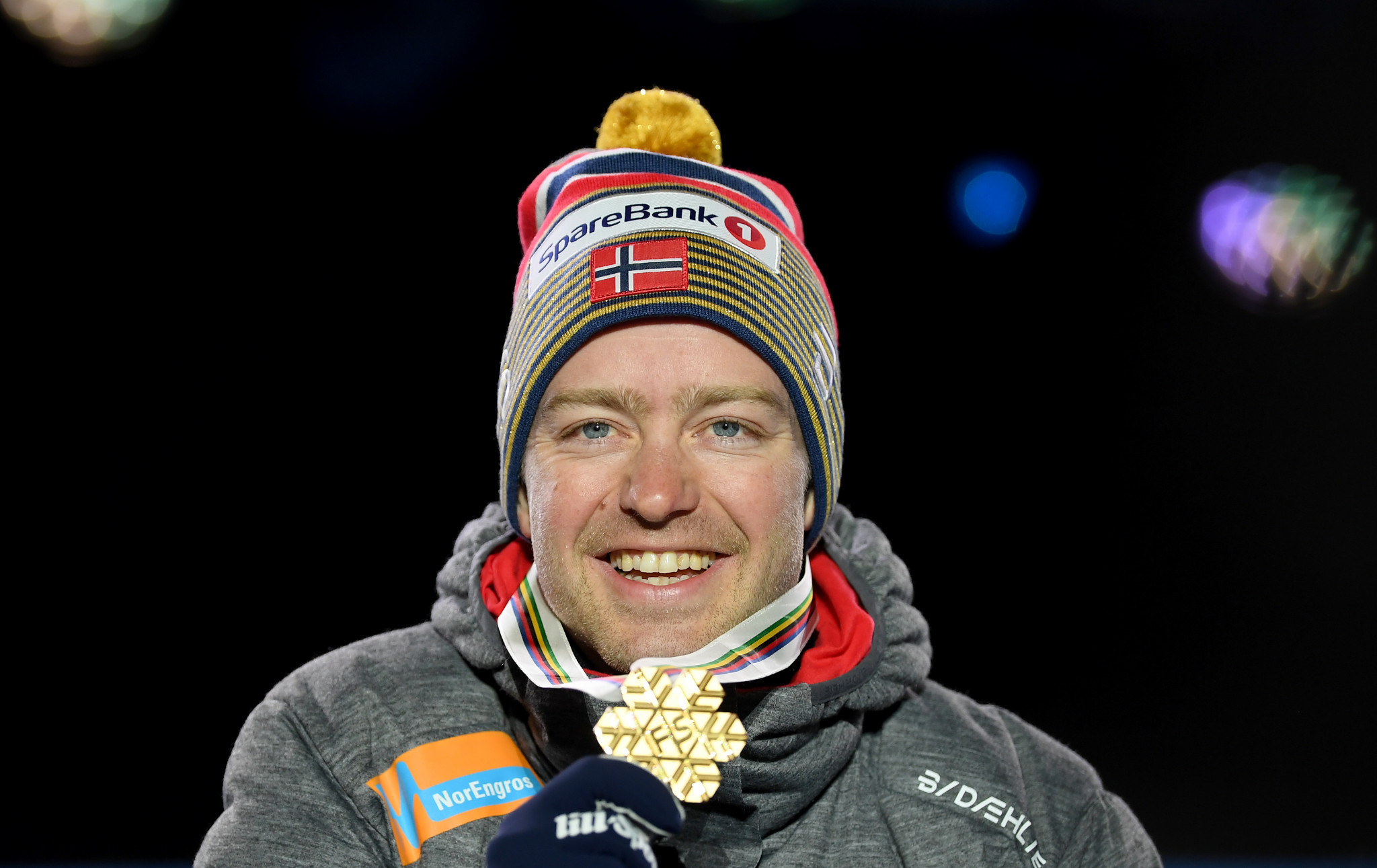 Røthe was able to celebrate a first individual world title of his career at the Austrian venue, having earned a relay title back in 2013.

The 30-year-old featured in a leading group during the gruelling 30 kilometre race, which was believed to have been watched by more than 12,000 people.

Martin Johnsrud Sundby looked to be the favourite to secure victory as the race headed into the closing stages, but his fellow Norwegian Røthe increased the pace as the finish approached.

Røthe would head a three-man charge for the line with Russia's Alexander Bolshunov seeking to upset the Norwegian duo.

Bronze was earned by Sundby, who was 0.7 seconds behind the winner in the closely fought race.

"It was an amazing feeling to cross the finish line first," said Røthe.

"When we changed skis, it was important for me to get away from the best athletes in the field.

"I had some problems with my legs during skating, but it worked out well in the end.

"I chose the right tactic today and I hope I was good enough to be part of the relay team on Friday."

The women's 15km competition saw Johaug celebrate a comfortable victory as the Norwegian proved too strong for her rivals.

Johaug has enjoyed a successful World Cup season following a return from a doping ban, having been sanctioned for a positive test for anabolic steroid clostebol back in October 2016.

She finished clear of her compatriot Ingvild Flugstad Østberg, who ended as the silver medallist in 37:52.1.

Bronze was earned by Russia's Natalia Nepryaeva, who finished in 37:53.2.

The German claimed the biggest result of his career to date, after backing up his first place in yesterday's qualification.

There was disappointment for Japan’s Ryoyu Kobayashi, as the World Cup leader and Four Hills champion missed out on a medal by finishing fourth on 262.