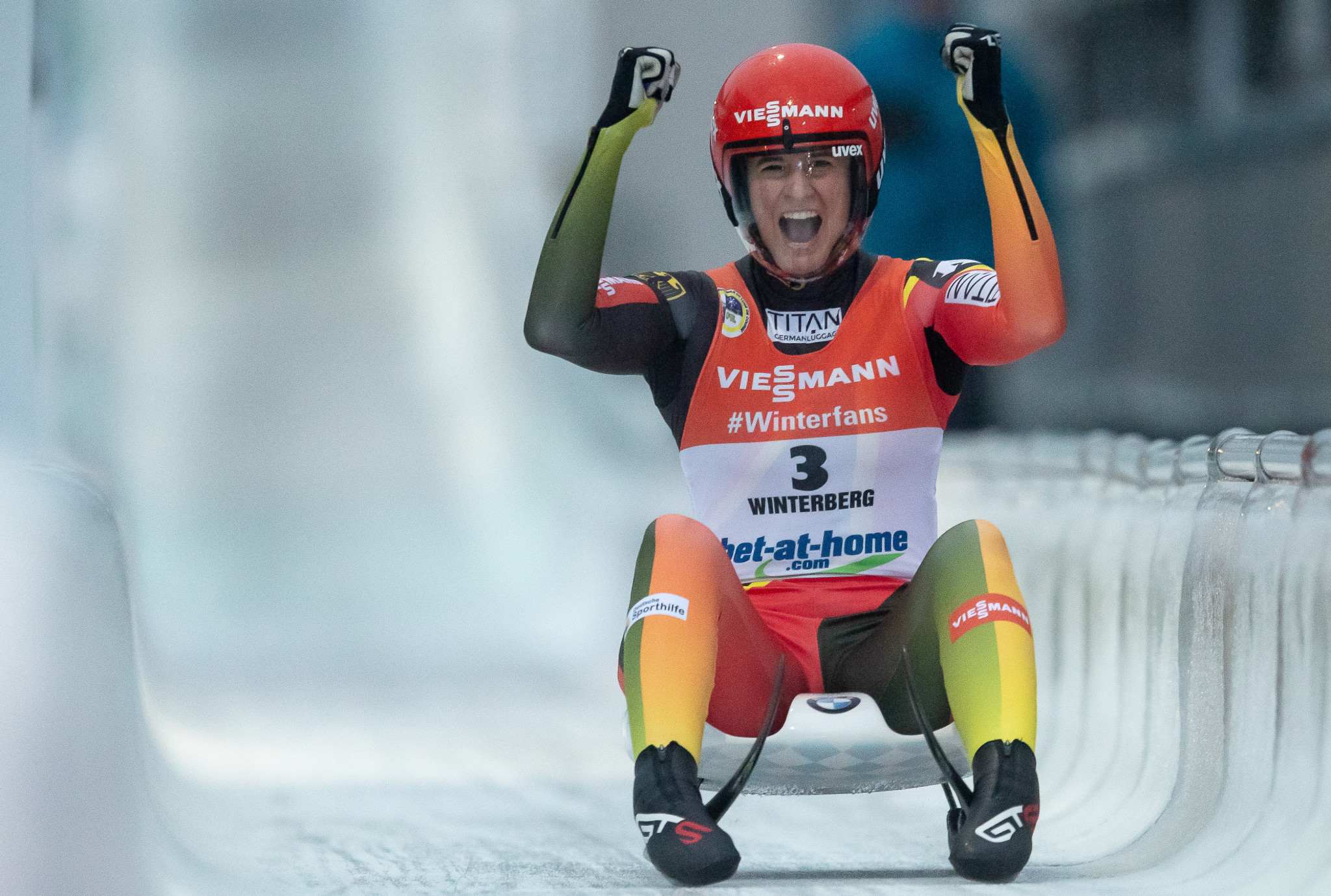 Germany's Natalie Geisenberger became the first female athlete to win all four titles on offer in a luge season after winning at the International Luge Federation (FIL) World Cup final in Sochi.

Geisenberger celebrated her sixth win of the season on the 2014 Olympic track in the Russian city as she wrapped up the overall World Cup title for 2018-2019.

The 31-year-old has now achieved a historic quadruple, having secured women's and sprint victories at last month's World Championships and one at the European Championships.

These triumphs all followed on from her Winter Olympic gold at Pyeongchang 2018.

She has now won the World Cup overall crown seven times in a row.

This result gave her 982 points in the overall standings, with her compatriot Julia Taubitz second on 761 points and American Summer Britcher third on 595 points.

"I have done so much more than I could have dreamed of back in the summer, which I must admit was relatively tough," Geisenberger said.

"Everything worked out the way you would hope.

"I must say that I feel pretty proud of myself.

"Of course, you can make a few mistakes.

"I was down on myself, even this week.

"But it all worked in the end."

Despite losing today's race, Germany's Toni Eggert and Sascha Benecken were named the overall victors of the World Cup doubles standings, the third time they have taken the title.

Another Russian duo completed the podium, with Vsevolod Kashkin and Konstantin Korshunov taking third place with 1:40.007.

Eggert and Benecken had a clear advantage in the standings with 980 points, while Austria's Thomas Steu and Lorenz Koller were second with 762 and Germany's Tobias Wendl and Tobias Arlt took third place with 744 points.

The World Cup final will continue tomorrow with the men's event.