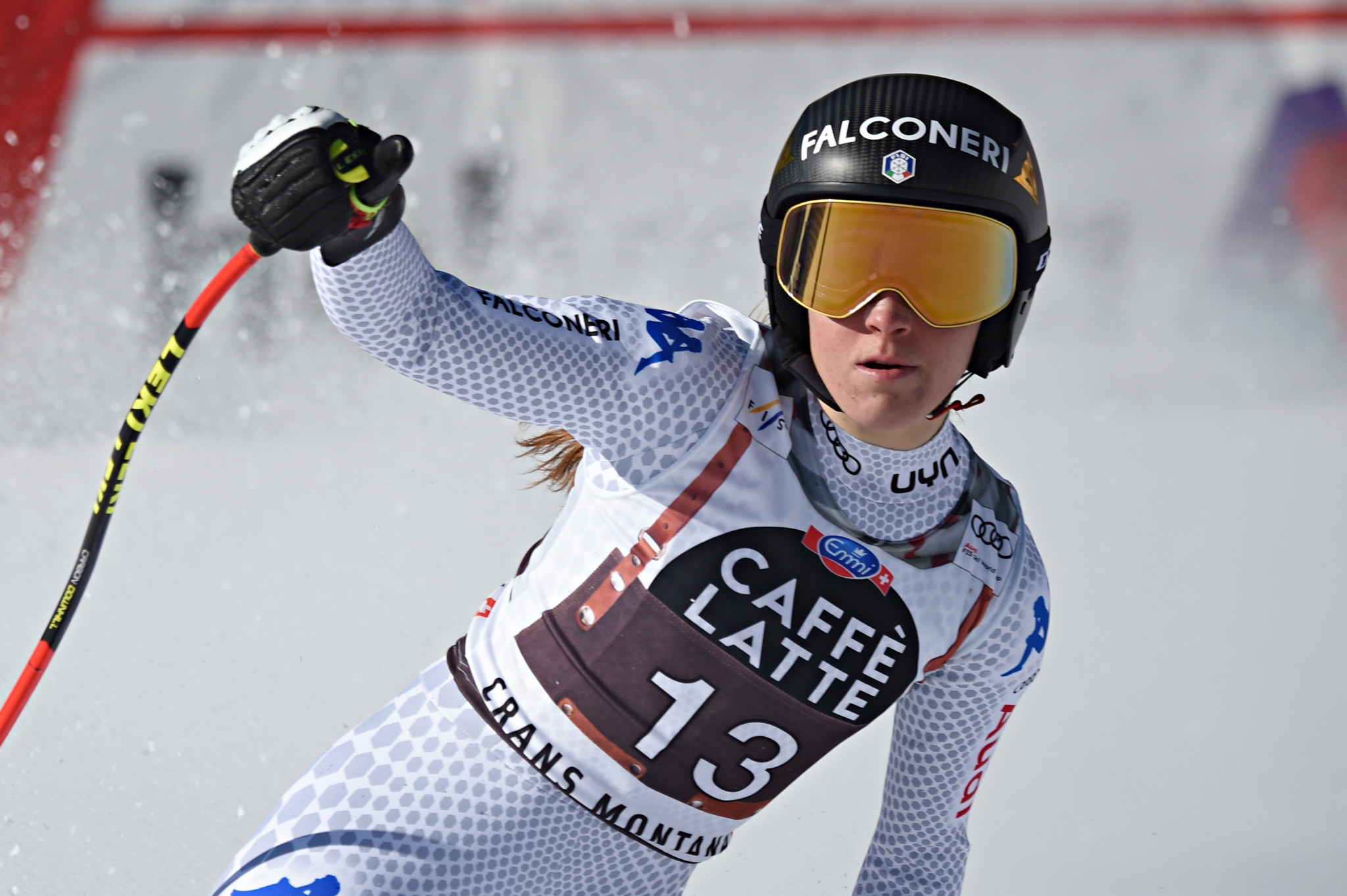 Goggia produced a blistering performance at the Swiss resort, with the Italian skier the only athlete to dip under the 1min 30sec mark.

She crossed the line in a time of 1:29.77 to move to the top of the leaderboard and clinch the World Cup victory.

Her time had not been known at the finish, as a result of the timekeeping issue.

Austria's Nicole Schmidhofer, the current leader of the downhill World Cup standings, appeared to have rounded off the top three.

Race officials reviewed the times following the completion of the event to verify the times achieved, however.

Haehlen was confirmed as silver medallist with a time of 1:30.13 while Schmidhofer dropped to fourth.

The Austrian skier was replaced by Switzerland's Lara Gut-Behrami, who was given a time of 1:30.22.

She was found to be 0.07 seconds faster than Schmidhofer.

"There were unfortunately timekeeping issues at the Audi FIS World Cup ladies' downhill race in Crans Montana," a statement from Longines, the FIS' official partner and timekeeper, and Swiss Timing read.

"The problem was due to connection issues between the infrastructure installed on the finish line and the timekeeping room.

"Consequently, the electronic timekeeping did not stop the finish time automatically for some of the competitors.

"Despite the fact that the results were not displayed accurately in the finish area or on television, a manual backup timing system was used for the athletes that were affected as per FIS rules.

"Longines and Swiss Timing are very disappointed by this incident and wish to apologise to the athletes, organisers and spectators."

Despite missing the podium, Schmidhofer remains at the top of the World Cup standings for the discipline on 414 points.

Her fellow Austrian Ramona Siebenhofer is second on 354.

Elsewhere, heavy snowfall led to the cancellation of the planned men's super-G in Bankso in Bulgaria.