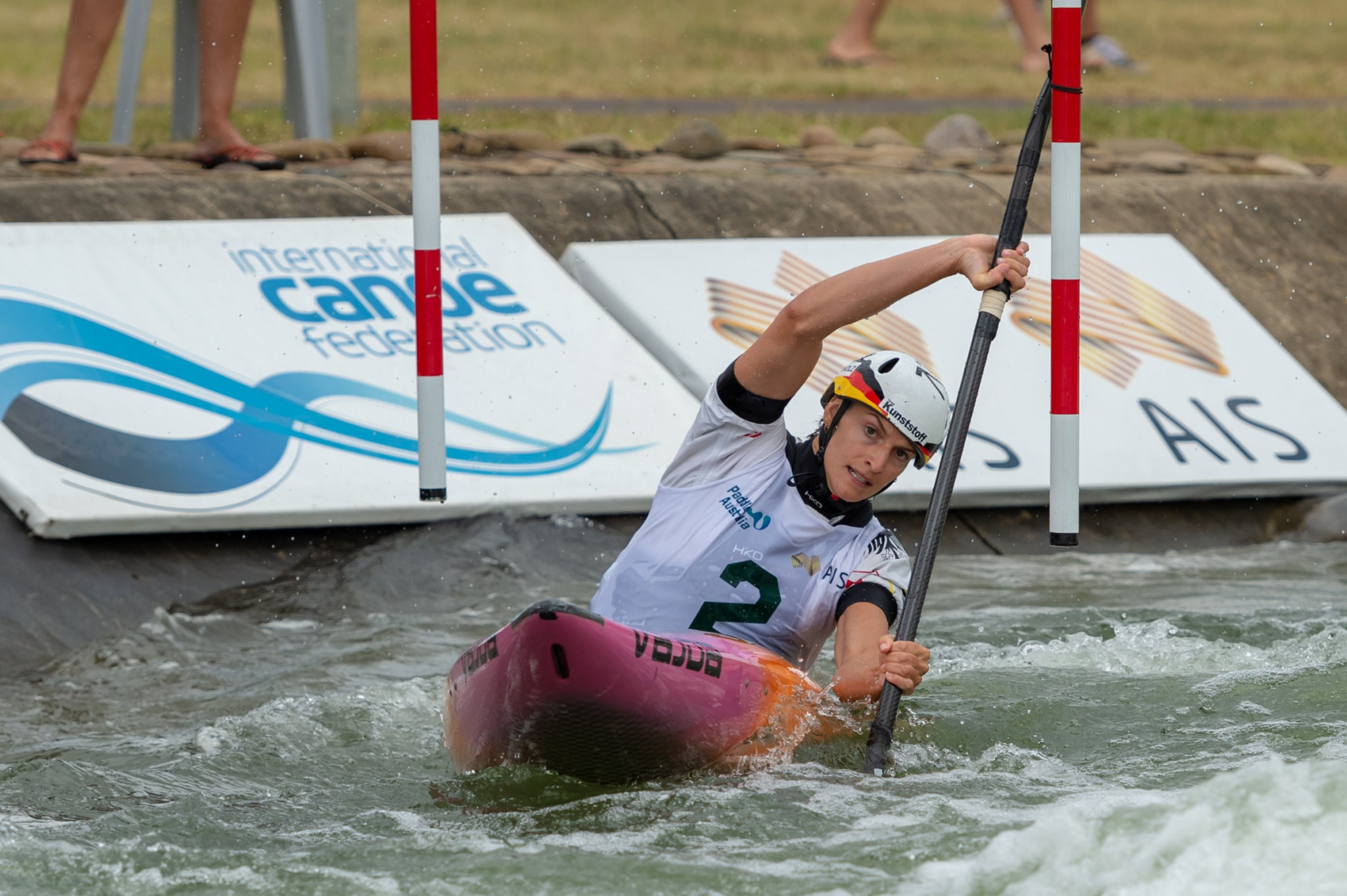 Germany's Ricarda Funk topped the standings in the women's K1 open competition at the Oceania Canoe Slalom Championships in Sydney.

Funk was among the athletes from outside Oceania who were able to compete but were not eligible to secure a continental title.

The German athlete produced an impressive performance in the final as she achieved a time of 113.13sec at the Penrith Whitewater Stadium.

Last year's World Championship bronze medallist topped the podium in front of France's Camille Prigent, who settled for second place after ending just 0.29 off the pace.

Slovenia's Ursa Kragelj rounded off the top three by clocking 113.65.

"I'm super happy with my performance this weekend, my run wasn't perfect but in the end I'm really happy I finished in first position," Funk said.

"I'm really looking forward to the season ahead and continuing to duel with Jess.

"I've had a really good time here in Australia, I've stayed for four weeks but I actually don't want to leave because I love it here."

There was disappointment for world number one Jessica Fox, who could only manage an eighth place finish in the 10 athlete final.

The result came after the home paddler received a penalty on the opening gate.

The Australian, who topped women's C1 qualifying yesterday, still retained her Oceania title courtesy of being the only athlete from the continent to reach the final.

Germany's world champion Franz Anton took victory in the men's C1 event as he achieved a time of 108.11 in a closely fought final.

Australia's Steven Lowther earned the senior and under-23 Oceania titles having ended as the top athlete from the continent in the semi-final stage of the competition.

The men's K1 and women's C1 finals will take place tomorrow, along with the mixed C2 doubles competition.