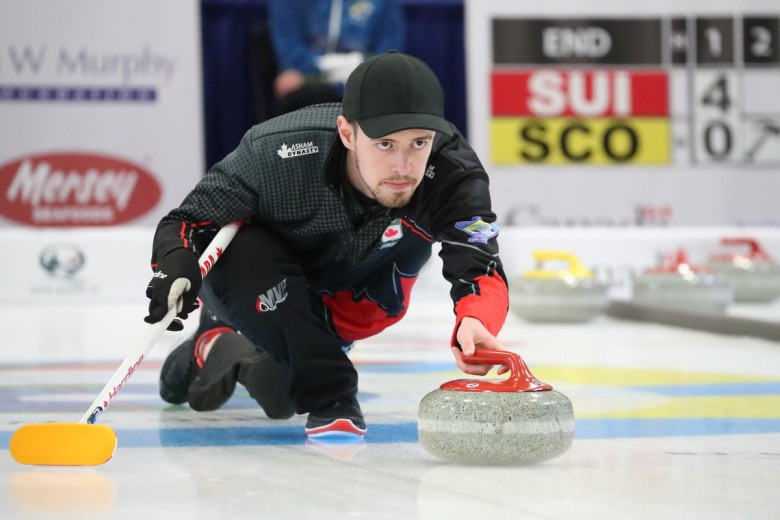 Canada will have the chance to retain their men's and women's titles after both teams from the host country reached the final at the World Junior Curling Championships in Liverpool.

The Canadian men overcame Norway 7-5 in their last four encounter at the Queen's Place Emera Centre.

They will meet Switzerland in the gold medal match after they beat previously-unbeaten Scotland 10-9 in a thrilling semi-final.

"We got a head start there and they clawed their way back, but fortunately we pulled it out," said Canadian skip Tyler Tardi.

"The fact that we're getting a medal and making out country proud means a lot.

"There's not a whole lot of words that can express how we're feeling right now.

"It's always good to play for gold for your country and the fact that we're doing it once more is just an unbelievable feeling."

In the women's tournament, Canada will take on Russia after the two teams came through their semi-finals in contrasting fashion.

The defending champions cruised into the final with a comprehensive 8-2 victory over Switzerland, while Russia edged China 8-6.

"We're super happy to pull out a win there and we're happy to be in the final," Canada skip Selena Sturmay said.

"Tomorrow is just a curling game and probably one of our last together.

"We just want to do Canada well and give it our all out there."

The women's and men's medal matches will both be held on the final day of the event tomorrow.