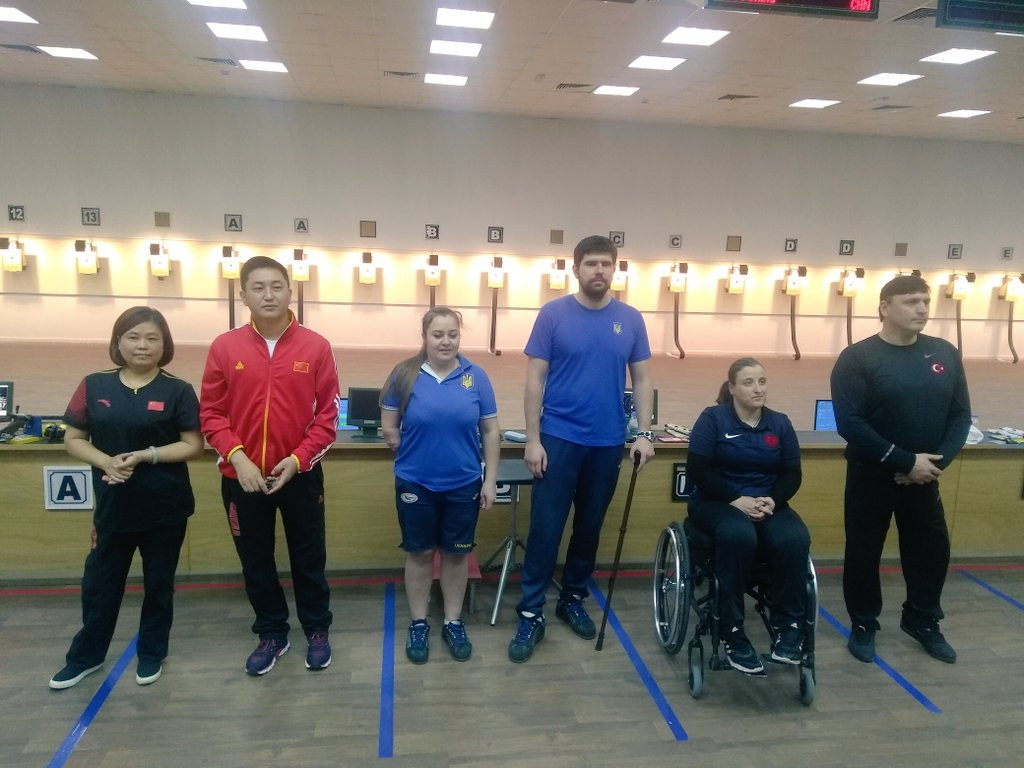 Ukraine won two of the gold medals on offer today at the Shooting Para Sport World Cup in Al Ain, including in the 10 metre mixed team air pistol SH1 where their pair of Oleksii Denysiuk and Iryna Liakhu set a world record.

On day five of the event at the Al Ain Equestrian, Shooting and Golf Club in the United Arab Emirates, Denysuik and Liakhu triumphed with a record score of 466.4 points.

That was only one of the gold medals won by Denysiuk as the 30-year-old Paralympic bronze medallist also won the mixed air pistol standard SH1.

In that he beat Mongolia’s Gambaatar Zandraa and his team-mate Liakhu, with a score of 357.4 points.

Zandraa and Liakhu took second and third place with scores of 353.3 and 352.3 points respectively.

Elsewhere in today’s action, the UAE gained their second gold of the World Cup in the mixed trap SG-S.

Saif Al Hemeiri won that with a score of 25 points, beating his team-mate Mohammed Al Hashmi, who scored 22 points, and Austria’s Hengl Taimund who hit 15.

More finals are due to go ahead tomorrow as the event continues.