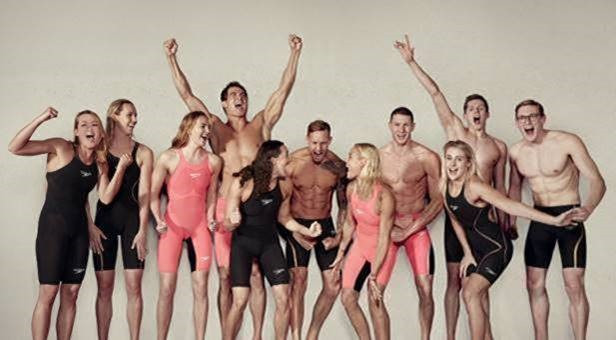 Speedo claim to have launched its "smartest" latest Fastskin swimsuit range to date in the build-up to next year's Olympic Games in Tokyo.

The world’s leading swimwear brand state the range aims to combine the latest technology with "almost 20 years of pioneering performance".

The LZR Pure Intent is the first swimsuit to use a smart fusion of three fabrics, Speedo revealed, will allowing for additional compression in targeted areas to streamline, increase power and reduce drag.

Both swimsuits will be available in black as well as "psycho red colourways".

It is claimed this will enable swimmers to express their own personalities.

Speedo claimthis comes after research revealed "some athletes prefer bright colours that allow them to feel empowered and energised, whilst others prefer the powerful and strength-like focus of black".

The swimwear brand that 330 swimmers were involved in a consultation process to help create the best possible swimsuits.

"Having been a part of this phenomenal development process, I’m incredibly excited about the new Speedo Fastskin suits," Dressel, a double Olympic gold medallist and seven-time world champion, said.

"I’ve seen first-hand the work that has been put into creating the best swimsuit in the world and the technology that goes into that.

"This is exactly why I signed with Speedo - they’re in a league of their own when it comes to producing swimsuits that help me to go as fast as I can.

"I’ve already spent a lot of hours in the pool wearing the LZR Pure Intent and have seen the benefits it brings me and that only makes me even more excited for what is to come."

Club and masters swimmers were claimed to be part of the process to ensure the swimsuits were suitable for professional and aspiring athletes.

Leading coaches were also consulted as part of the development of the suits.

"t’s been incredible to have the support from swimmers to shape the products exactly to their needs and the result of this is a new generation of elite Fastskin racing suits which are our smartest yet," Rob Hicking, the Speedo brand director, said.

"This suits draw upon almost two decades of pioneering Fastskin technology and we’re now taking it to the next level.

"Twenty two is going to be a huge year for our athletes and this suit is a statement to the rest of the competitive swimming community – we’re taking this very seriously.”

The swimsuits, which are set to be available from March 4, have been approved by the International Swimming Association (FINA).

Water-repellent fabric was seen as having aided swimmers buoyancy and were believed to have helped to reduce times.

FINA opted to ban full length bodysuits and non-textile swimsuits following multiple world records being broken at the 2008 Olympic Games in Beijing and at the 2009 FINA World Championships in Rome, following the suits introduction.

For Rio 2016, Speedo introduced FINA approved swimsuits with the men’s covering the area from waist to knee and women’s from the shoulder to knees.

These were claimed to offer “increased targeted compression” which is believed to streamline the body.