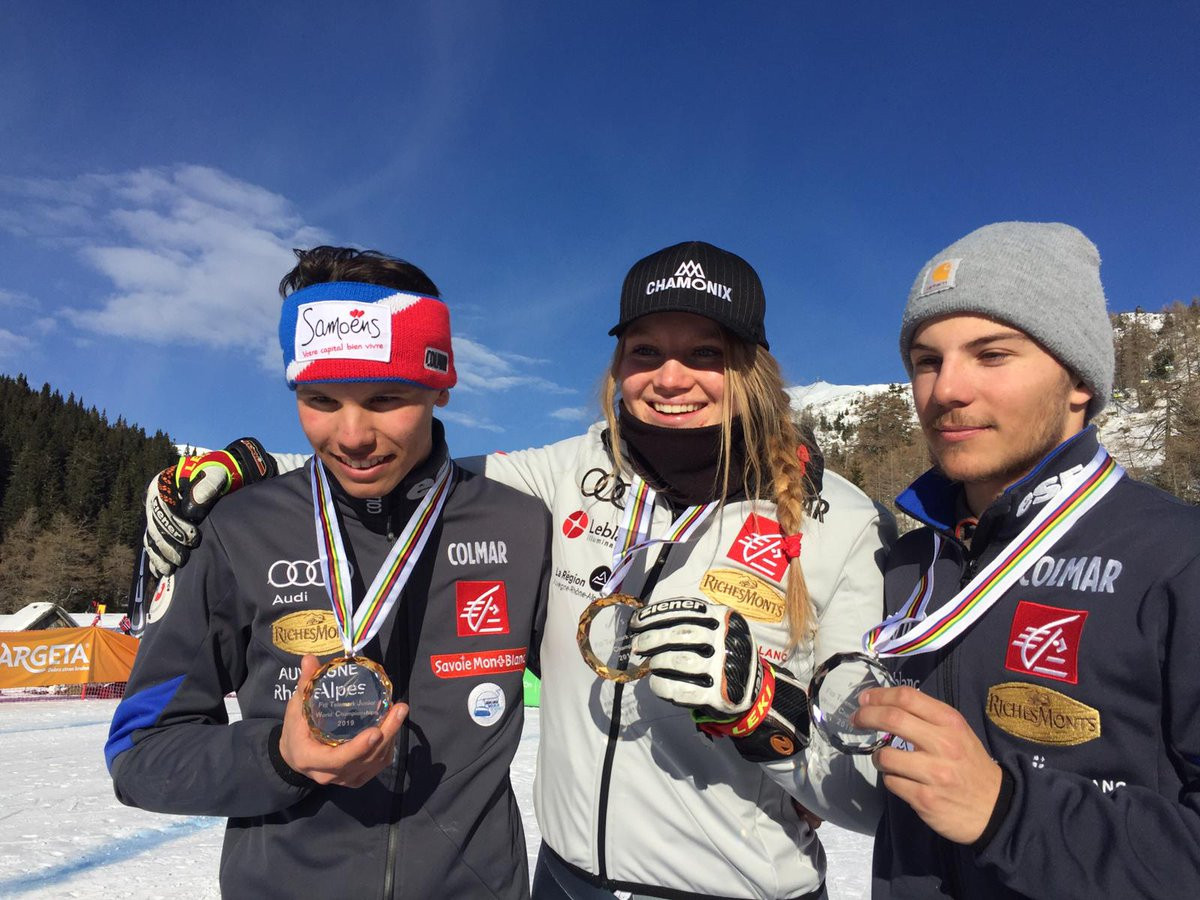 On the final day of action in the Slovenian resort the women’s race was won by Julie Bourbon, before her compatriot Theo Sillon came out and won the men’s race.

France also claimed the silver medal in both races through Chloe Blyth and Noe Claye respectively.

Norway’s Andrea Fiskaa Haugen took the last spot on the podium, crossing the line in 2:07.01.

In the men’s race, an exact repeat then occurred as France took first and second place while Norway came third.

Sillon, who is 20 and came second in the classic race yesterday, won this time around in 1:48.72.

His compatriot Claye, the world junior classic champion, crossed the line 4.24 seconds behind to take the silver medal.

Kristian Lauvik Gjelstad then gained his second bronze medal of the Championships by finishing in 1:53.63.

It comes after he finished third in the parallel sprint on Saturday (February 16).