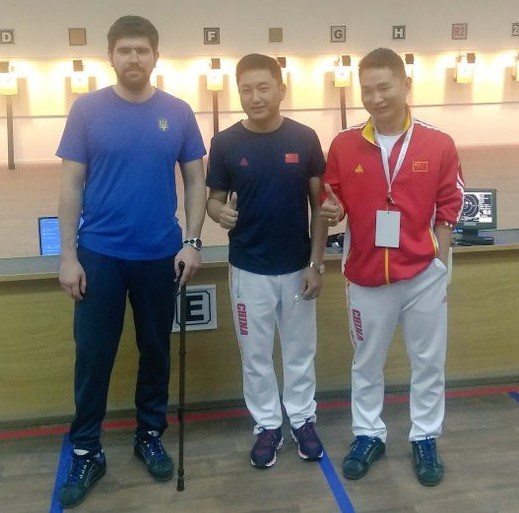 Yang, the gold medallist in the same event at Rio 2016 on his Paralympic debut, triumphed again today with a record score of 238.6 points at the Al Ain Equestrian, Shooting and Golf Club.

That saw him beat his compatriot Huang Xing and Ukraine’s Oleksii Denysiuk, who came third on day one in the mixed 25m pistol SH1 final.

Tim Jeffery, who finished last season ranked 22nd in the world, won with 249.4 points having initially trailed Italy’s Andrea Liverani after the first round.

She ended up third with 226.6 points, while Jeffery’s team-mate James Bevis finished second with 247.5.

He had won a bronze medal in the mixed 10m air rifle prone SH2 final at London 2012.

Tomorrow the competition is due to continue with four events, including the men’s 50m rifle three positions SH1.