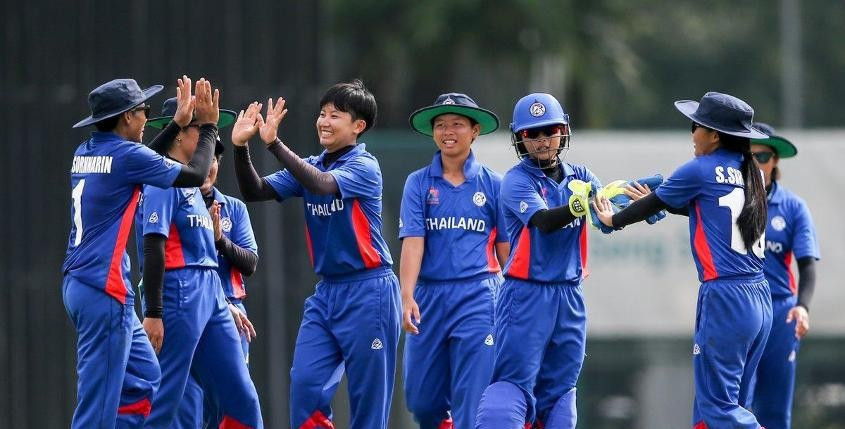 They will be joined Hong Kong, Kuwait, Malaysia, Nepal, Thailand and the United Arab Emirates will all compete at the event due to begin tomorrow in Bangkok.

"Cricket is fairly new in China and all the players are trying hard to achieve the most and perform the best they can," said China's captain Huang Zhou.

The competition will also give them the chance to climb the ICC Women’s T20I team rankings.

Bangkok is hosting the tournament until February 27 and it will be held at the Terdthai Cricket Ground and the Asian Institute Technology Ground.

"Playing in this tournament is great experience for us, we are all working really hard to make our country proud and qualify for the next stage," said Malaysia's captain Winifred Anne Duraisingam.

"It is very good opportunity for us a team to participate in this tournament."

Four other regional events are due take place over the next four months offering a spot at the T20 World Cup and Cricket World Cup qualifiers.

The African qualifying event is due to take place from May 2 to 12 and feature Kenya, Mozambique, Namibia, Nigeria, Rwanda, Sierra Leone, Tanzania, Uganda and hosts Zimbabwe.

Vanuatu will host the East Asia-Pacific competition, scheduled to be held from from May 6 until 11 and consisting of the host country, Fiji, Indonesia, Japan, Papa New Guinea and Samoa.

Canada and the United States will compete in the Americas qualifying tournament from May 17 to 19,.

Germany, The Netherlands and Scotland are the countries set to take part in the European event in Spain from June 24 to 30.