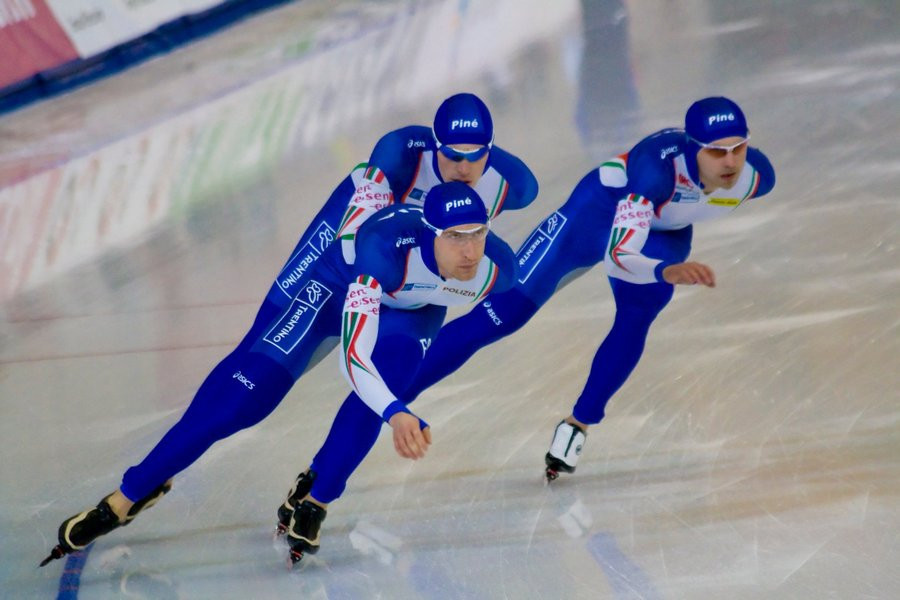 The Netherlands won another six medals, including two golds, today as the International Skating Union World Junior Speed Skating Championships came to an end in Baselga Di Piné in Italy.

Having already won half of the gold medals on offer at the Championships before today’s action, the Dutch put their status as the world’s best junior speed skating nation beyond any doubt, winning both team sprints and finishing on the podium in every race today at the outdoor Ice Rink Piné.

In the first final, their quartet of Fernke Kok, Fernke Beuling, Michelle de Jong and Robin Groot won by almost two-and-a-half seconds ahead of Russia in second, with Norway third.

A time of 1min 31.726sec was enough to give The Netherlands their first gold medal of the day.

The Dutch then continued their domination in the men’s event, where Mika van Essen, Merijn Scheperkamp, Janno Botman and Jordy Van Workum won by a tighter margin of 0.17 seconds.

Their time of 1:25.135 was enough to see them finish just ahead of South Korea, while Russia claimed another medal by coming third in 1:25.379, 0.24 seconds behind the Dutch.

Dropping off the top spot but not off the podium entirely, the women’s team pursuit then saw The Netherlands beaten by Japan.

The Asian quartet of Lemi Williamson, Karuna Koyama, Rin Kosaka and Towako Nagasaki won that in 3:11.391, four-hundredths of a second ahead of the Dutch.

Russia gained their third medal in three races as their team picked up the bronze in 3:16.208.

Norway then claimed the men’s team pursuit title, with Russia and The Netherlands once again taking the other podium places.

Hosts Italy gained their first medal of the day through Laura Peveri in women’s mass start.

She took the win with a time of 5:41.540 and 30 sprint points, placing her ahead of China’s Yuhan Ma and Groot, who won her second and The Netherlands’ fifth medal of the afternoon.

The sixth and final Dutch medal came in the men’s mass start, where Scheperkamp gained his third silver.