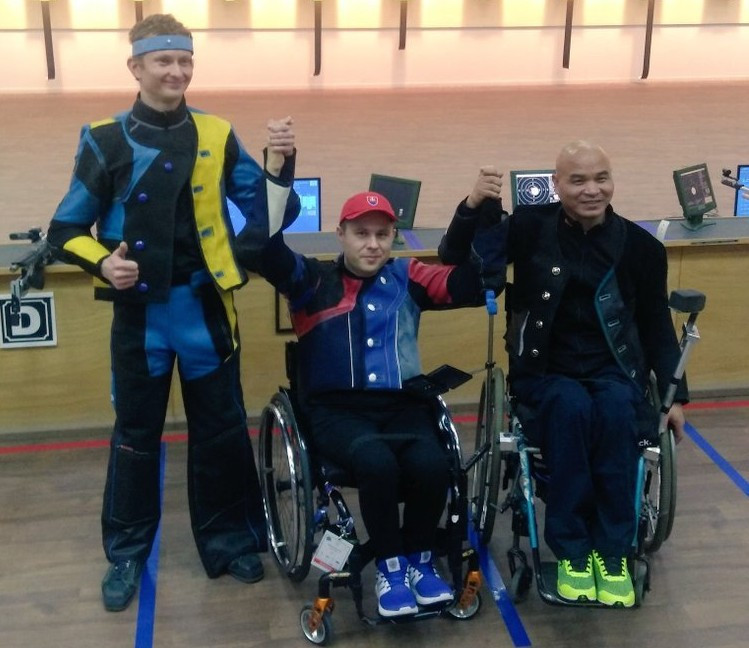 The UAE’s own Abdulla Sultan Alaryani, a former Paralympic champion and winner of three gold medals at the recent International Wheelchair and Amputee Sports Federation World Games, could only finish fourth.

That saw her finish ahead of Germany’s Elke Seeliger and another Chinese shooter, Bai Xiaochong, who scored 453.8 and 440.8 points respectively.

A mixed team event also went ahead today, in which China won another gold with a world record score.

Taking the lead in the fifth round, their pair eventually triumphed with a score of 491.7 points, beating Ukraine and Australia who finished second and third respectively.