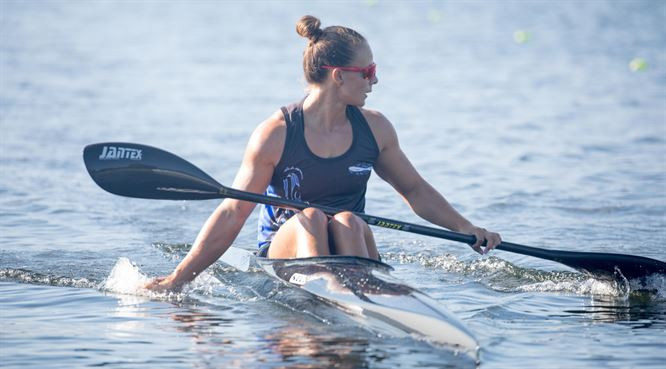 Carrington triumphed in yesterday's women's K1 200 metres and today added another gold to her collection in the K1 500m.

"We were the only three Kiwis in the final and to have the Aussies in there always pushes you faster," said Carrington.

"It means a lot to win this title, I know the quality of Caitlin and Aimee because I train with them every day.

"I had to work really hard to get it right."

Carrington then got her second gold in the women's K2 500m, winning the race alongside teammate Ella Beere of Australia in 1:40.18.

New Zealand duo Ryan McLeely and Briar McLeely were second with a time of 1:41.60, while Australia's Alyce Burnett and Alyssa Bull were just 0.06 seconds behind them in 1:41.60.

New Zealand's Kurtis Imrie got his second gold of the competition in the men's K1 500m, having previously won the K2 1000m.

"Having finished second in my two previous K1 events, that was in the back of my mind," he said.

“The 500m distance is my forte because I have a good combination of speed and endurance.

"I’m over the moon with my four events."