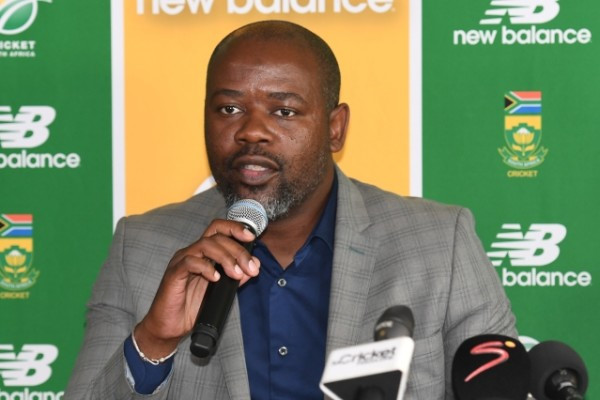 Cricket South Africa (CSA) and the country’s national women’s football team have both pledged their support for fellow South African Caster Semenya as the two-time Olympic 800 metres champion prepares for a landmark case at the Court of Arbitration for Sport (CAS).

The 28-year-old Semenya, also a three-time world champion, is challenging a rule proposed by the International Association of Athletics Federations (IAAF), which if introduced could see her banned from competing against women.

The proposed rule states women such as Semenya who have unusually high levels of testosterone caused by "differences of sexual development" (DSD), have an unfair advantage over women with normal testosterone levels.

The IAAF have long claimed that athletes like Semenya should, therefore, be banned if they do not agree to take medication to reduce their testosterone levels – a stance which has caused uproar among human rights activists.

In October last year three human rights experts from the United Nations wrote an open letter to the IAAF calling their proposal "unjustifiable", while the group Human Rights Watch (HRW) has labelled it discriminatory.

On Friday, (February 15) South Africa’s Sports Minister Tokozile Xasa echoed HRW’s stance and now both CSA and the South African women’s football team have weighed in on the issue.

"We stand here as the cricket fraternity joining all the voices throughout the world, to denounce the IAAF Gender Regulations as an act of discrimination against women in sport," CSA chief executive Thabang Moroe said.in a statement posted on their website.

"We state categorically and emphatically that women like Caster, who is born with intersex variations, should enjoy the same rights and dignity as all women.

"We honour, celebrate and recognise the equality of all women in sport."

He continued by calling on "all morally astute global citizens" to back Semenya in her case.

"This attempt at systematically ostracising potential and talent should be condemned to the strongest terms," Moroe added.

The women’s football coach Desiree Ellis, meanwhile, called Semenya an inspiration for her side.

"Caster has been very brave and strong, through all the challenges she’s faced she’s come out on top," Ellis said.

"So, her strength inspires us.

"She’s our beacon of hope, going out there and competing with the top athletes in the world and coming out on top."

Last week the IAAF denied reports they will argue Semenya is biologically male, after which herlawyers declared she was "unquestionably a woman".

If the IAAF’s ruling is upheld, it will come into force on March 26, meaning Semenya will be forced to miss much of the 2019 outdoor season, including the World Championships in Doha.

This is because the rule dictates athletes with her condition must take medication to reduce their testosterone levels for at least six months before competing.

The case at the CAS is set to begin tomorrow.