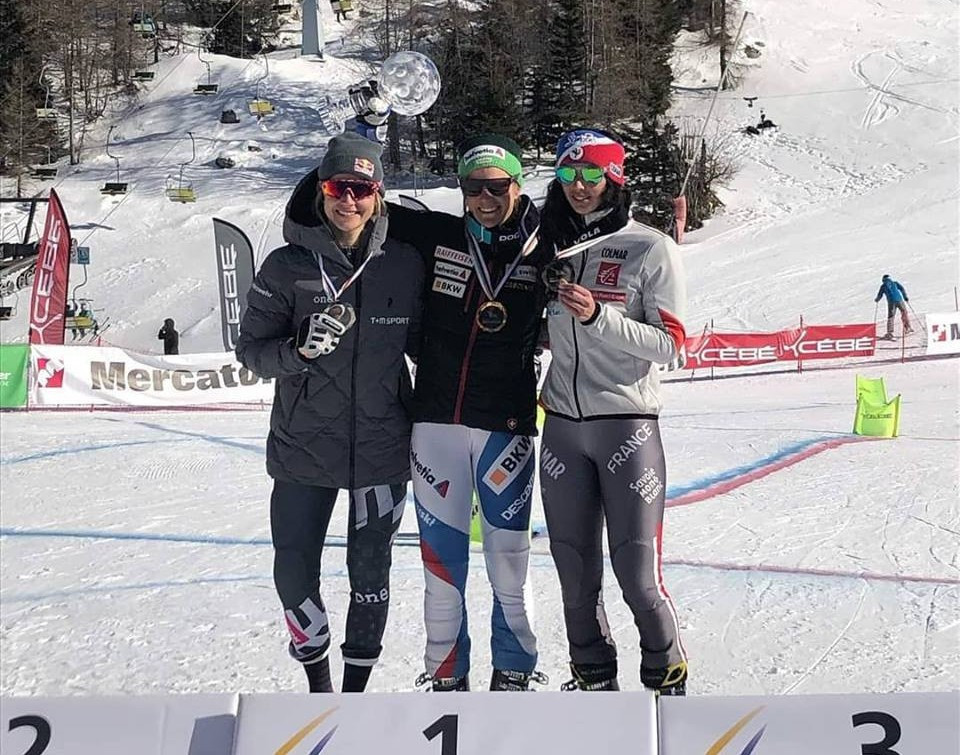 Wenger-Reymond failed to win today's parallel sprint race but her second-place finish was enough to maintain her lead in the overall standings and receive the title.

This was her second of the World Cup Final after winning the classic discipline in the Slovenian resort.

Germany's Johanna Holzmann was the winner in today's race, with Argeline Tan Bouquet of France coming behind Wenger-Reymond in third.

Wenger-Reymond finished on 240 points in the standings, with Holzmann only 10 points behind with 230 points.

Tan Bouquet was third with 210 points.

Their positions were reversed in the overall standings, with Loeken second and Michel third.

The competition in Krvavec is due to conclude tomorrow with the sprint event.

The overall winners of all three disciplines will then be revealed, with Loeken currently leading the men's standings and Wenger-Reymond the women's.