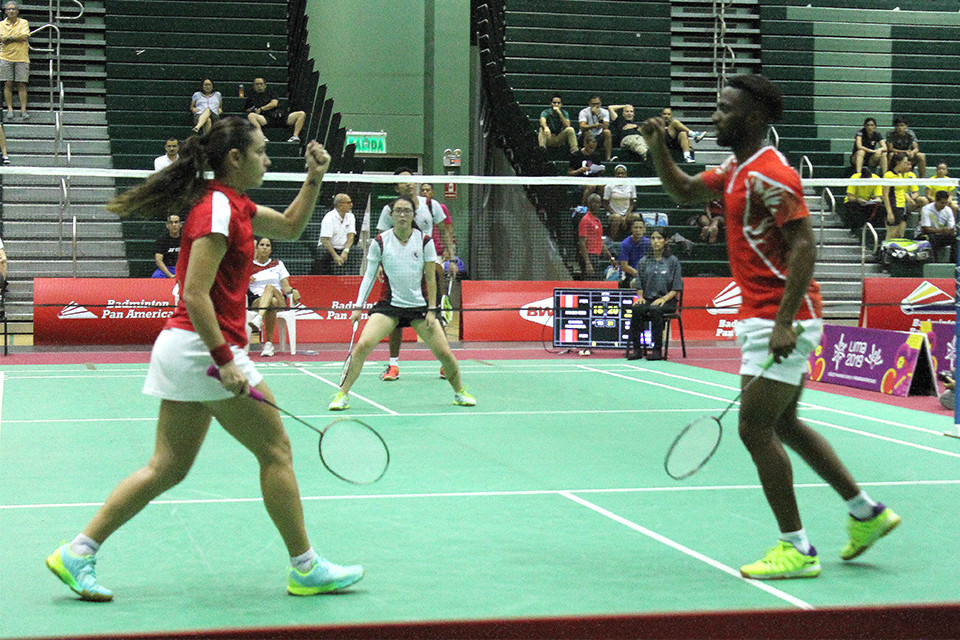 Cuba defeated hosts Peru to set up a semi-final clash against defending champions Canada at the Pan Am Mixed Team Badminton Championships in Lima.

Peru pulled a point back in the women's singles when Daniela Macias defeated Marianne Gonzalez Ortiz 21-8, 21-5, but Cuba's place in the semi-final was secured when Guerrero and Palacio beat Jose Guevara and Mini 21-10, 21-9 in the men's doubles.

They are now set to face defending champions Canada, who had already progressed to the last four.

The United States will also play in the semi-final after beating Mexico 3-1.

Jennie Gae put the US back in front in the women's singles, winning 21-11, 21-11 against Mariana Ugalde, before Phillip Chew and Ryan Chew made it certain by beating Castillo and Munoz 21-15, 21-11.

They are now scheduled to play Brazil in tomorrow's semi-finals.

Peru and Mexico will also fight it out for fifth place, with Guatemala and the Dominican Republic meeting to determine seventh place.