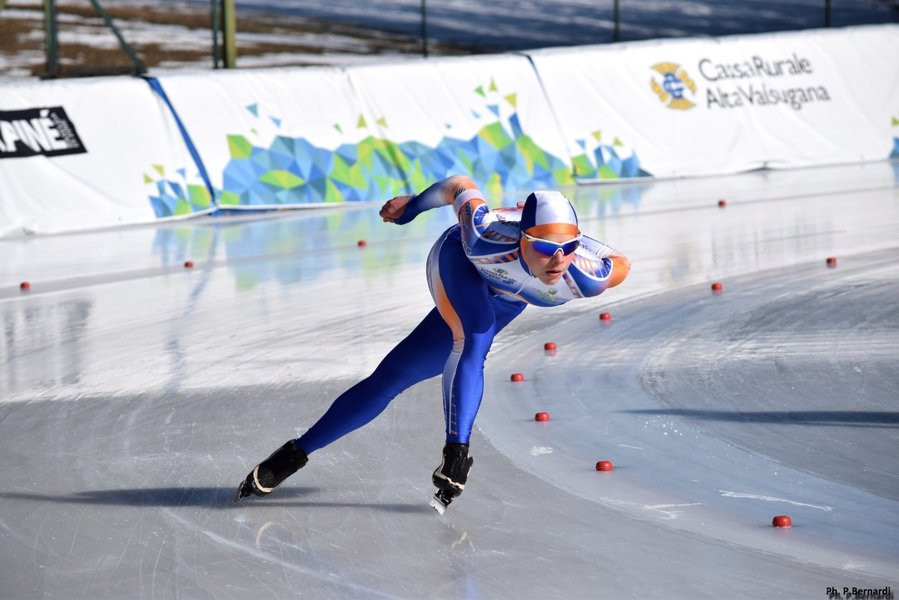 The Netherlands picked up two gold medals, as well as a clean sweep of medals in the women’s 500 metres, as action began today at the International Skating Union World Junior Speed Skating Championships in Baselga Di Piné in Italy.

Racing went ahead at 500m and 1,500m at the outdoor Ice Rink Piné and in the first event of the day the Dutch claimed the gold, silver and bronze medals.

That time saw the 19-year-old beat her two compatriots Fernke Kok and Michelle de Jong, who finished in 38.640 and 38.813 respectively.

The Netherlands' second gold came in the women’s 1,500m where Kok picked up her second medal of the day.

She won that race in 2min 03.732sec, beating Poland’s Karolina Bosiek by just two-hundredths of a second.

Norway picked up the bronze medal through Ragne Wiklund, who finished in 2:04.088.

In the men’s events, the gold medals were taken by Japan and South Korea.

In the 500m Koki Kubo claimed the win in 36.225 ahead of Russia’s Artem Arefyev, who crossed the line five-hundredths of a second behind, and another Japanese skater, Katsuhiro Kuratsubo.

That time saw him beat Russia’s Sergei Loginov by 1.99 seconds.

Hosts Italy claimed their first medal of the event as Francesco Betti won the bronze medal in 1:50.830.