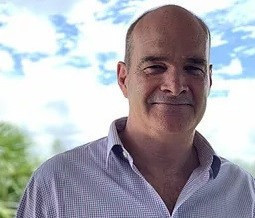 UniSport Australia's new chief executive Mark Sinderberry has warned in an open letter that the organisation needs to "continually find ways to drive value" to their members.

Sinderberry has written the letter to mark spending nearly 100 days in the role of chief executive of UniSport Australia.

He became chief executive last December, replacing Don Knapp after he decided to step down following 11 years in the position.

Before taking on the UniSport role, Sinderberry had held a number of senior roles at rugby union clubs.

UniSport is the peak governing body of university sport in Australia, with Sinderberry opening his letter by revealing that he had visited 28 out of the 43 member universities so far.

"These visits have been a great way to see your campuses and facilities and I have greatly appreciated the feedback and thoughts about the role Unisport needs to play to support all members," he said.

Sinderberry found that the most important message emerging from these visits was the need to "drive value" to their members.

"UniSport Australia needs to continually find ways to drive value to our members," he admitted.

"We will take a much bigger role as advocates, provide members with more support in promoting the value of sport within the broader university and promote the value our student and athletes."

"There is extremely strong support for the change in direction of Unisport’s event model and delivery programme," he wrote.

"The work Unisport Australia has done to align itself with many of the national sporting organisations is important and driving value at the international level, the challenge remains to identify which sports should continue to form part of the multi -sport experience, which sports are better positioned as stand-alone national events and which sports evolve into national leagues."

Sinderberry signed off by thanking UniSport members for their welcome.

"I have very much valued your warm welcome and encourage you to keep giving us feedback and suggestions," he wrote.

"With the engagement and commitment from such a strong network of members our future is looking bright."