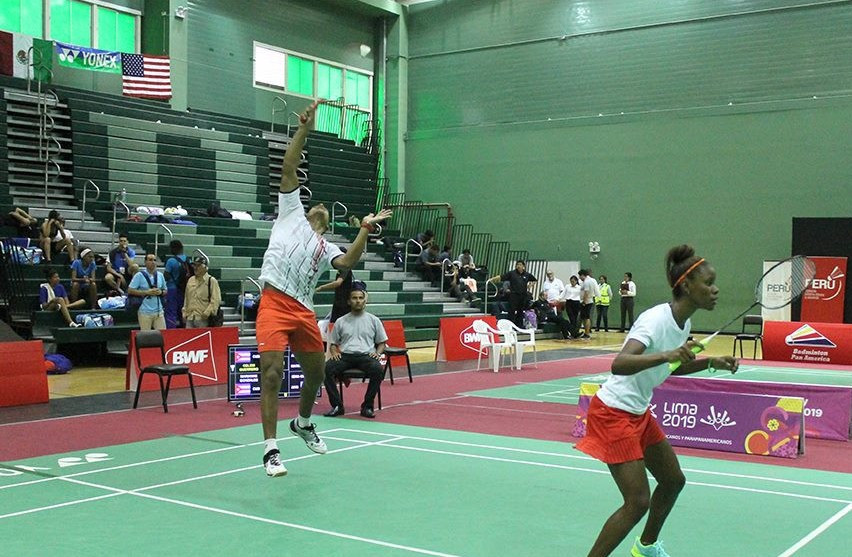 Hosts Peru won their opening tie against Colombia at the Pan Am Mixed Team Badminton Championships in Lima.

Peru won all five matches against Colombia at the Centro de Alto Rendimiento La Videna to ensure a clean sweep in their opening Group A tie of the tournament.

The mixed pair of Diego Mini and Danica Nishimura then secured the 5-0 victory for Peru, triumphing against Jhon Berdugo and Luisa Valero 21-8, 21-7.

It took the women's pair of Catherine Choi and Josephine Wu only 14 minutes to overcome Giraldo and Valero 21-3, 21-7, while Talia Ng and Nyl Yakura won the mixed doubles match in 20 minutes, defeating Ardila and Londono 21-11, 21-0.

Brittany Tam then triumphed 21-9, 21-5 in the women's singles against Londono before Jason Anthony Ho-Shue ensured a clean sweep with a 21-6, 21-6 victory against Ardila in the men's singles.

Peru and Canada are due to meet tomorrow to decide the winner of Group A.

It was a successful opening day for Brazil and the United States with both teams winning two fixtures each in Group B and Group C respectively.

Brazil dominated against the Dominican Republic to win 5-0, before defeating Cuba 4-1.

The US beat Mexico and Jamaica 4-1, already securing first place in their group.

The group matches are  scheduled to continue at the Centro de Alto Rendimiento La Videna tomorrow.