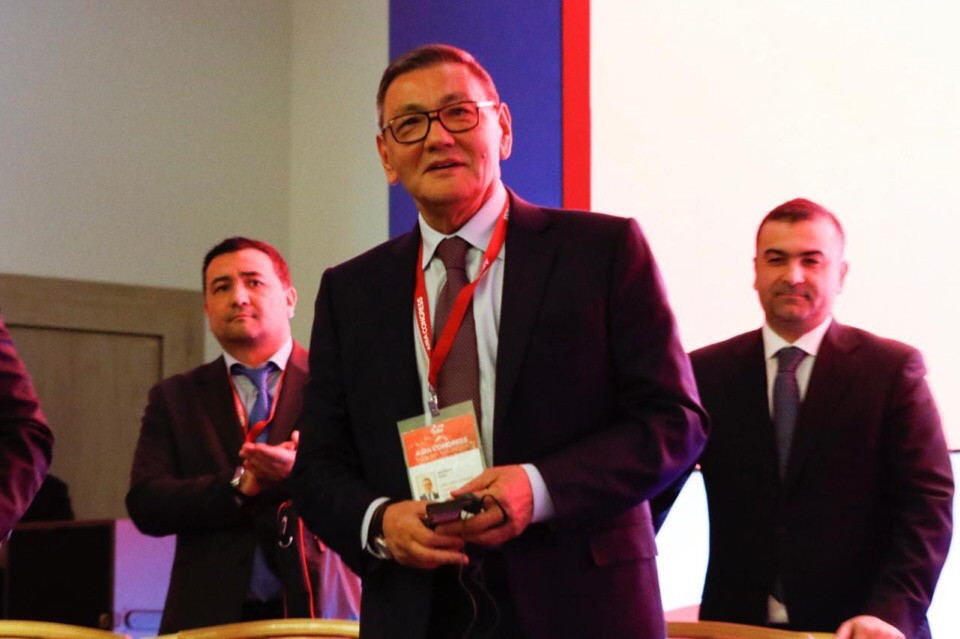 International Boxing Association (AIBA) President Gafur Rakhimov has claimed he is hopeful of a swift resolution to the ongoing International Olympic Committee (IOC) inquiry as he claimed it was time to "put athletes first and leave behind all the politics".

Rakhimov attempted to scale back the embattled governing body's recent criticism of the IOC, insisting AIBA understood why the organisation needed further clarifications to points and questions raised as part of the probe.

A total of 41 questions were asked of AIBA by the Committee tasked with leading the inquiry, launched by the IOC in November due to ongoing concerns with AIBA's governance, financial management and the integrity of its competitions.

During the recent Executive Committee meeting in Istanbul, AIBA said it had responded to "query after query and report after report" while claiming "new information" was continually being asked of the new leadership.

AIBA vice-president Franco Falcinelli also accused the IOC of failing to protect athletes by initiating the inquiry and freezing planning for the sport at Tokyo 2020.

Rakhimov, whose election as President in November has been publicly highlighted by the IOC as one of its main issues with AIBA owing to his inclusion on a United States Treasury Department list as "one of Uzbekistan's leading criminals", insisted the governing body was "in better shape than ever before" despite the IOC inquiry.

The probe, being led by IOC Executive Board member Nenad Lalovic, could recommend stripping AIBA of the right to organise the Olympic boxing tournament at Tokyo 2020.

"We understand that the IOC could feel a need for further clarification," Rakhimov said.

"And as we have said many times before, we are ready to cooperate with our Olympic partners and will do our best to clarify any outstanding misunderstandings.

"We have always answered questions, queries and reports, and have further taken initiatives towards active change.

"This is why we will continue to answer these questions in the hope that this inquiry will be concluded and we can focus on what it is all about: our boxers and the development of our sport."

The Executive Committee launched an investigation into a "rogue group of Kazakhstani individuals" which had threatened a breakaway by offering to manage the Olympic qualification process and oversee the boxing event at Tokyo 2020 without AIBA.

AIBA then announced it had begun planning the qualification procedure despite the ongoing IOC inquiry.

"It is time we put our athletes first and leave behind all the politics," Rakhimov added.

"Our boxers are waiting, they need to know when, where or how to qualify for the Olympic Games next year.

"They must be the priority of everybody."