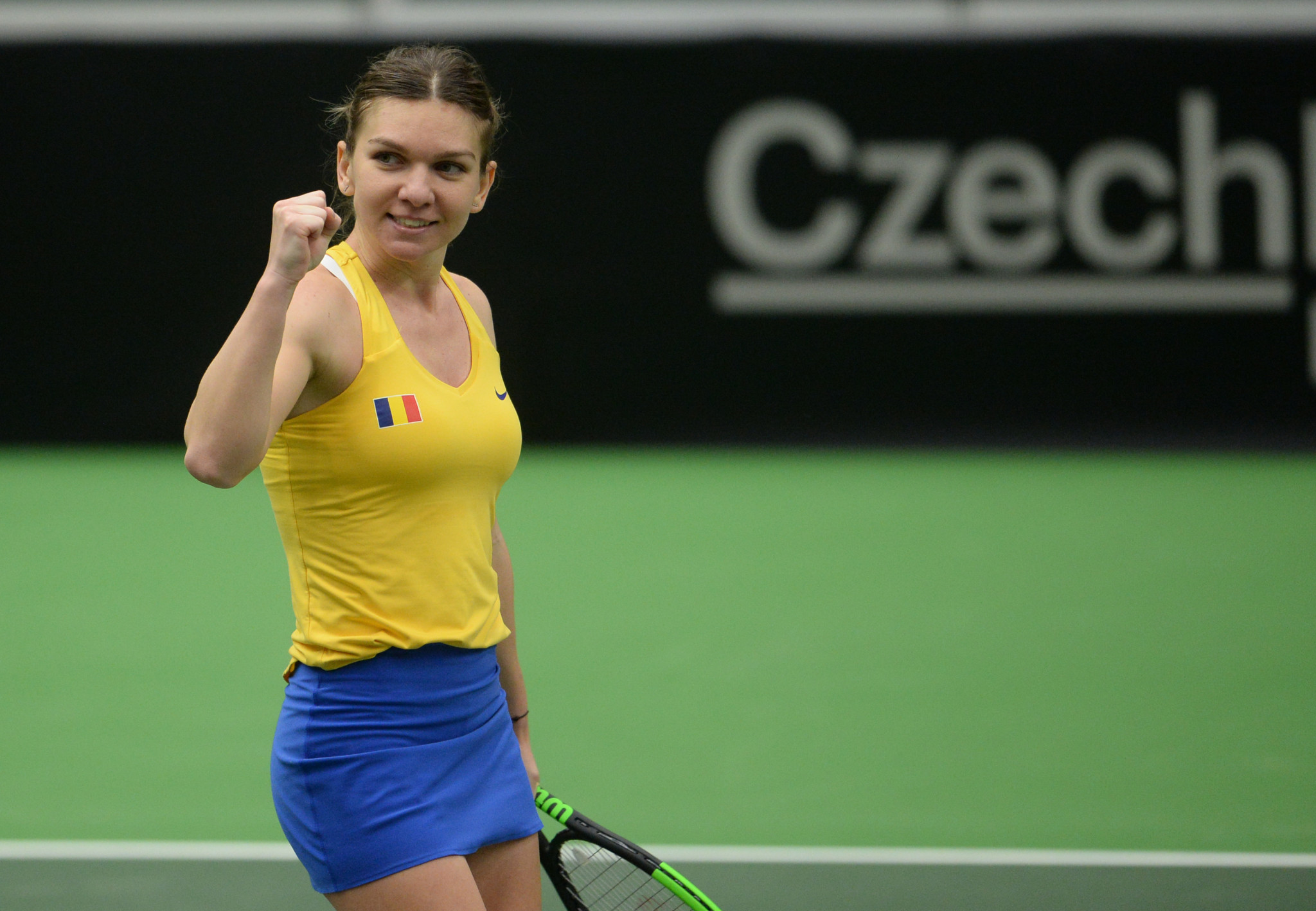 Fresh off helping Romania reach the Fed Cup semi-finals for the first time in their history, Halep made a winning start at the Khalifa International Tennis and Squash Complex by beating Tsurenko 6-2, 6-3.

It improves her head-to-head record against the Ukrainian number two to a perfect 6-0, having lost just one set in their meetings.

Awaiting Halep in the last eight is Germany's Julia Goerges, who came from 4-2 down in the final set to defeat the United States' Alison Riske 6-1, 6-7, 6-4 in a marathon match.

On the same side of the draw, number four seed Elina Svitolina of Ukraine overcame Latvia's Jelena Ostapenko 6-4, 6-4.

The WTA Finals champion avenged two previous losses to Ostapenko in which she had failed to win a set - in the fourth round of Wimbledon in 2017 and in the quarter-finals of last year's Miami Open.

Next up for Svitolina is a meeting with Czech Republic's Karolína Muchová, who beat Chinese Taipei's Hsieh Su-wei 6-2, 6-4.

Among the other players through to the quarter-finals is Belgium's Elise Mertens after she defeated Czech Republic's Kristyna Pliskova - a late replacement for twin sister Karolina, who withdrew from the event due to a viral illness - 6-2, 7-6.

Standing between her and a place in the last four is Dutch fifth seed Kiki Bertens, a 2-6, 6-1, 6-1 winner over 2016 champion Carla Suárez Navarro of Spain.

Action at the WTA Qatar Open is scheduled to continue tomorrow.