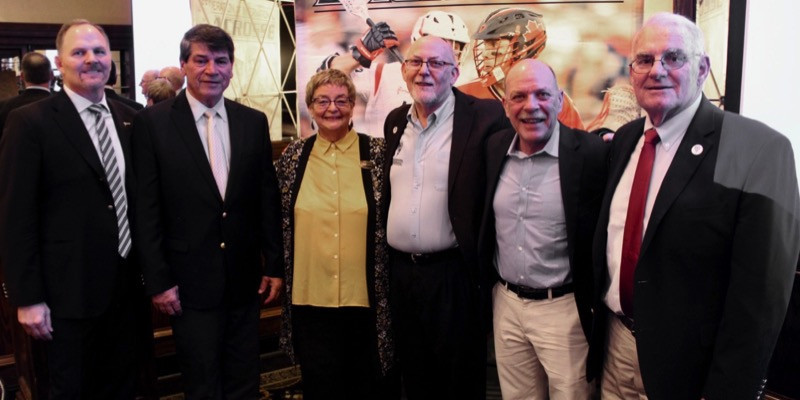 Redfern hosted a special dinner alongside a recent Board of Directors meeting in Philadelphia in the United States to recognise the efforts of Ron Balls, Stan Cockerton, Bob DeMarco and Tom Hayes.

"Our sport was recently honoured to receive provisional recognition from the International Olympic Committee (IOC) and we thank the IOC for this important expression of confidence in our sport, its future and our International Federation,” said Redfern.

"Reaching this milestone was made possible through the hard work and commitment of countless volunteers and lacrosse enthusiasts worldwide who share our vision for the continued growth of this great game.

"On the occasion of our Board of Directors Meeting, it was particularly appropriate to pay special tribute to Ron, Stan, Bob and Tom - four leaders who have given so much to the development of FIL and the growth of our sport worldwide."

Balls is a longtime secretary general of the worldwide governing body and was a member of the leadership team that organised and hosted the 1978, 1994 and 2010 Men's World Championships.

Cockerton, inducted into the Hall of Fame as a player and who is a former FIL President, has been a long-term ambassador for the sport.

DeMarco is the FIL's development director and the global organisation claim he has been instrumental in 18 national governing bodies becoming members of the FIL.

Lacrosse was granted provisional recognition by the IOC for a period of three years along with sambo and kickboxing at an Executive Board meeting in Tokyo in November.