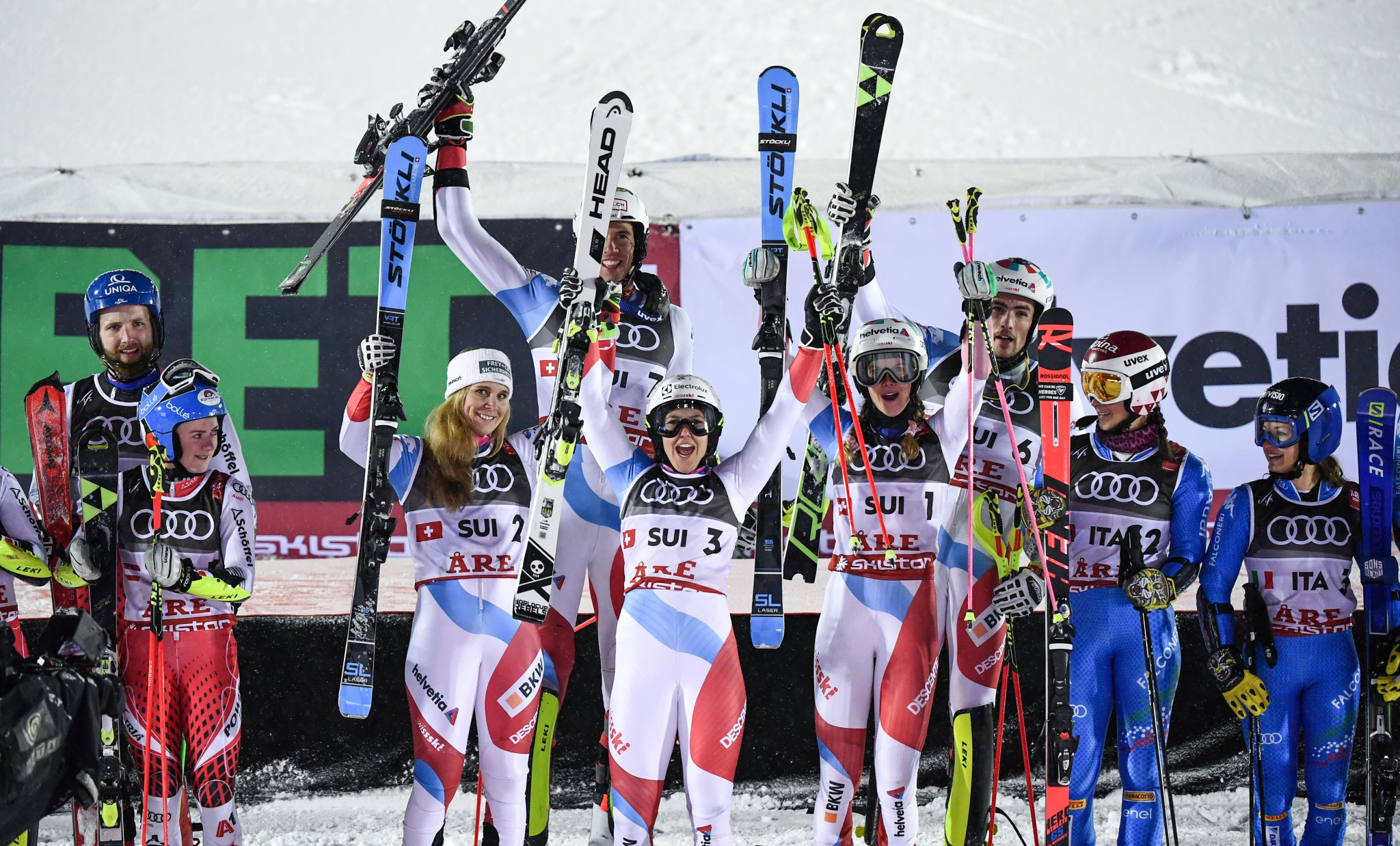 Wendy Holdener, Daniel Yule, Aline Danioth and Ramon Zenhaeusern combined to defeat Austria in the final at the Swedish resort.

The discipline, which made its Olympic debut at Pyeongchang 2018, features two male and two female skiers on each team, who compete in parallel slalom races.

Three victories are enough for a team to win and advance, while time is taken into consideration if a match ends 2-2.

It all came down to time with Switzerland clocking 48.13 to win by the smallest of margins.

Holdener, Yule and Zenhaeusern were all members of the team that won in Pyeongchang.

Italy won the bronze medals after beating Germany 3-1 in the small final.

After a rest day tomorrow, the Championships will continue on Thursday (February 14) with the women's giant slalom.