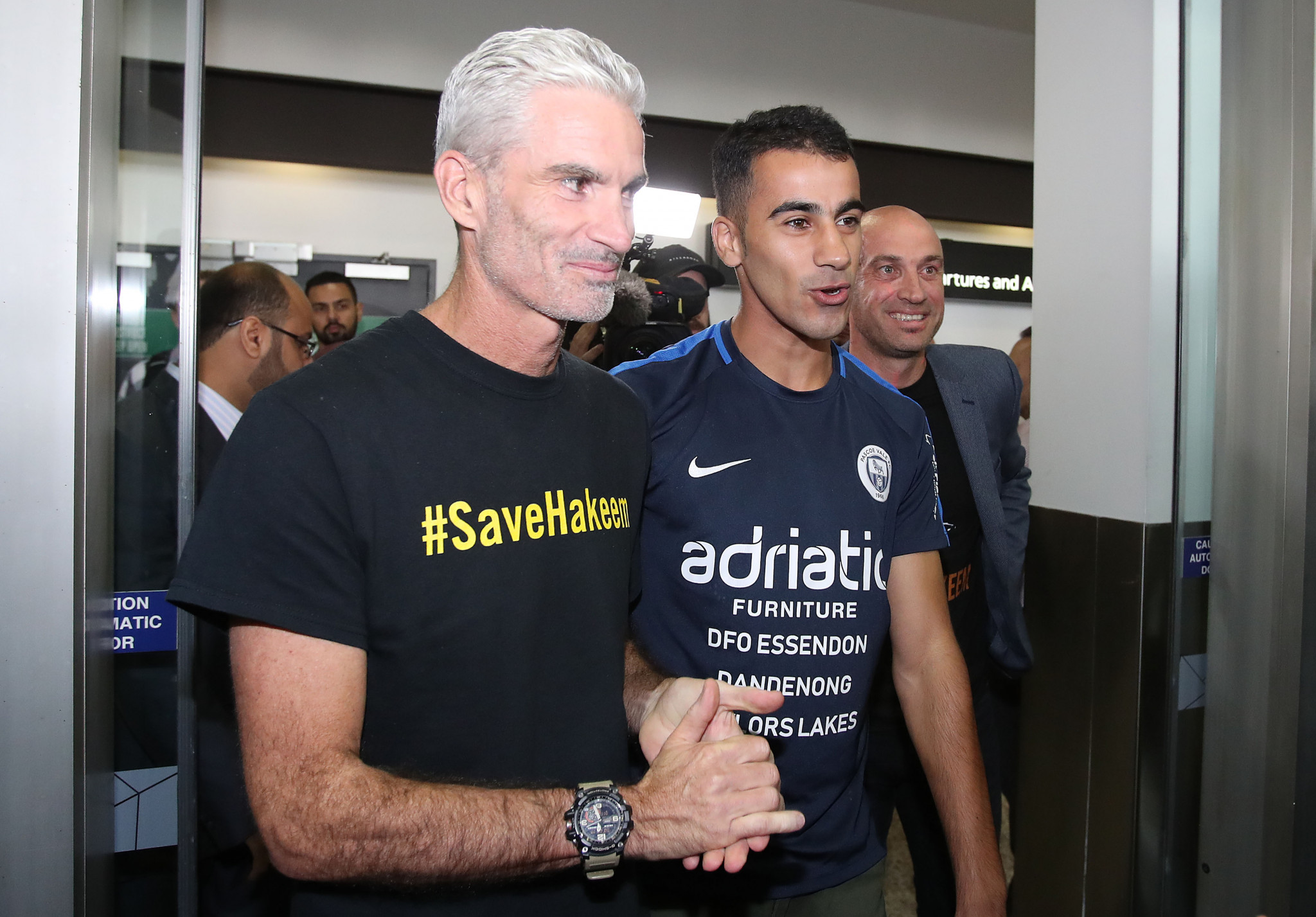 Former Australia international Craig Foster has claimed FIFA President Gianni Infantino could have done more to help secure the release of Hakeem Al-Araibi as the refugee footballer arrived home in Australia following his release from a prison in Thailand.

Al-Araibi, whose case attracted global attention, touched down in Melbourne 77 days after his arrest in Thailand.

The 25-year-old, who has refugee status in Australia, was freed after Bahrain formally withdrew a request to extradite him.

Foster, who led the widespread international campaign for his release, suggested "public advocacy by the FIFA President and the availability of sporting sanctions" could have led to Al-Araibi being freed much earlier.

The Australian, who won 29 caps for his country during his career, also said those behind the campaign would call for an investigation into "actions taken by all officials" following criticism of sporting bodies such as FIFA and the Asian Football Confederation for their failure to adequately respond to the crisis.

Foster did thank FIFA secretary general Fatma Samoura, however, after she helped escalate the situation following a meeting regarding Al-Araibi's case in Zurich last month.

Al-Araibi was fearful he would be tortured or even killed if he was ordered to return to Bahrain as he had been a vocal critic of its regime.

He fled Bahrain in 2014 and was sentenced to 10 years in prison that year for allegedly vandalising a police station during Arab Spring protests in the Gulf country, charges he strongly denies.

"Much more could and should have been done, however, including public advocacy by the FIFA President and the availability of sporting sanctions, and we will be calling for a full audit of actions taken by all officials to ensure that future responses are effective, timely and save lives and that every high official undertakes their maximum duty," Foster wrote in a post on Twitter.

"First step was to save Hakeem's life, the next is to hold the game accountable to its response or lack thereof, to ensure all those in positions of governance that were willing to sacrifice the life of one player while occupying positions of influence and prestige, whether in football, the Olympic Movement or any other sport, are expunged."

According to SBS News, Al-Araibi said he would "never forget" those who had campaigned for his safe return to Australia.

"I am famous now in Australia...I see the people, I see the shirts 'Save Hakeem', this was a big surprise for me," he said.