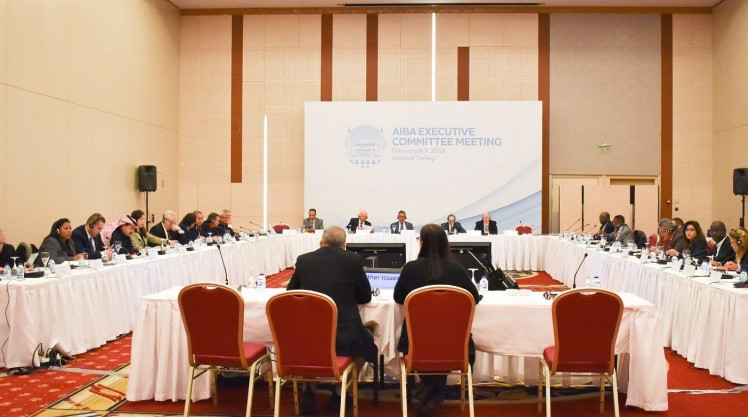 A taskforce has been established by the International Boxing Association (AIBA) to investigate, what they claim is, a "rogue group of Kazakhstani individuals" after they offered to manage the qualification process and help organise a boxing tournament at Tokyo 2020 in a letter sent to the International Olympic Committee (IOC).

In a statement following the first day of an Executive Committee meeting in Istanbul, AIBA accused the group of "misleading National Federations" and of further sabotaging the embattled governing body's strained position within the Olympic Movement.

AIBA claim the Kazakh individuals are behind the letter, sent to IOC sports director Kit McConnell, and have tried to secure support for their position from the membership.

The taskforce has "commissioned with uncovering the parties involved in these disruptive activities and providing recommendations for disciplinary action".

In the document, published by AIBA, the group state it is "our privilege to offer our support to the IOC for the management of the entire process to prepare a highly successful organisation of the Olympic qualifying and competition events for boxing at the Tokyo 2020 Olympic Games".

The group have also pledged to work alongside the IOC and Tokyo 2020 to ensure a boxing tournament is held at the Games in the Japanese capital.

It comes amid continuing uncertainty as to who will organise the Olympic competition after the IOC launched an inquiry into AIBA due to ongoing issues with their governance, financial management and the integrity of its competitions.

The inquiry could end AIBA's right to oversee and run the sport at Tokyo 2020, while the IOC has frozen all planning for the boxing event at the Games.

"In the light of the recent dire situation of the sport of boxing, we, an initiative [sic] group of National Boxing Federations, are seriously concerned about the current status of our sport and the future of thousands of our young boxers around the world," the letter added.

AIBA has reacted angrily to the contents of the letter, which has been raised with the IOC, but claimed the National Federations contacted by the group have "openly rejected the validity of this proposal and encouraged unity within AIBA".

"Concerns raised within the AIBA Executive Committee by these actions include intentional destruction of Olympic relations, lack of respect for the democratic election process from last year’s Presidential election and the attempted prolongation of suffering on National Federations due to the actions of these individuals who are putting their own personal interests above the sport of boxing," AIBA said in a statement.

AIBA President Gafur Rakhimov was elected on a permanent basis in November after defeating Kazakhstan's Serik Konakbayev in a head-to-head vote.

The election of Rakhimov, who remains on a United States Treasury Department sanctions list as "one of Uzbekistan's leading criminals" but denies wrongdoing, has publicly been highlighted by the IOC as one of its main concerns with AIBA.

The establishment of the taskforce represents the latest crisis within AIBA linked to its place on the Olympic programme remaining under threat and the subsequent IOC inquiry.

An update was given regarding the IOC probe at the Executive Committee meeting as AIBA reiterated its willingness to "cooperate with our Olympic Partners and will do our best to clarify any outstanding misunderstandings".

The world governing body implicitly criticised the IOC, however, after the organisation claimed "yet more information is being asked of the AIBA leadership".

"Our boxers are waiting, they still don’t know when, where or how to qualify for the Olympic Games next year," said Rakhimov.

"They must be our priority.

"We are ready to move on from the bad past, we hope that our Olympic friends think the same."

The IOC told insidethegames last month that the Inquiry Committee, chaired by Executive Board member Nenad Lalovic, was "progressing" with its work and had held its first meeting.

IOC officials are hopeful final confirmation of whether there will be an Olympic boxing competition at Tokyo 2020 - and who will organise it - will come at their Session in Lausanne in June.