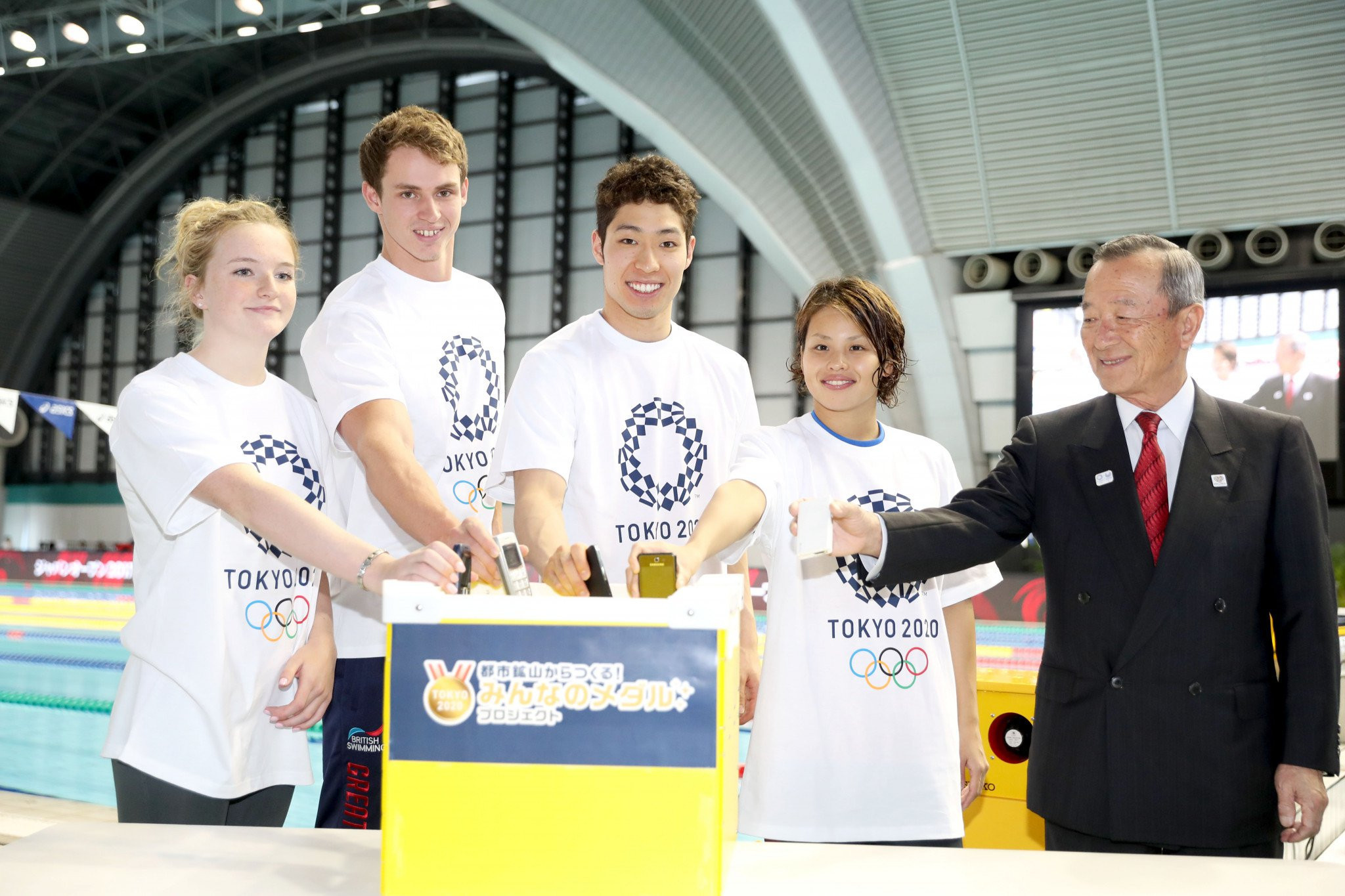 Tokyo 2020 today announced that the nationwide collection of discarded and obsolete electronic devices aimed at supplying recycled precious metals for the manufacture of athletes' medals is expected to reach its goals and will end on March 31.

It is estimated that the remaining amounts of metals required to manufacture all Olympic and Paralympic medals can be extracted from the devices already donated.

Tokyo 2020 claimed this is "thanks to the huge levels of support from the public and companies across Japan and from national and international athletes".

The collection of discarded and obsolete electronic devices, including smartphones, digital cameras, handheld games and laptops, was launched in April 2017.

As of November 2018, about 2,400 of Japanese mobile phone operator NTT DOCOMO's stores and a total of 1,594 municipal authorities were acting as collection centres for discarded devices.

Approximately 47,488 tons of discarded devices had been collected by municipal authorities and more than five million used mobile phones handed in at NTT DOCOMO stores as of October 2018.

The targeted amount of bronze, some 2,700 kilograms, was already extracted from these by June of last year.

The project has offered the public an opportunity to play an important role in the Games’ preparations.

It is claimed it has also drawn attention to the importance of sustainability under the Tokyo 2020 slogan "Be better, together - for the planet and the people".

"Their [the public's] cooperation will help to promote sustainability in Japan, one of Tokyo 2020’s planned legacies," a statement said.

Bach joined Tokyo Governor Yuriko Koike at an event billed at demonstrating the sustainability of the Games.

The designs for the Tokyo 2020 Olympic and Paralympic medals are due to be unveiled later this year.