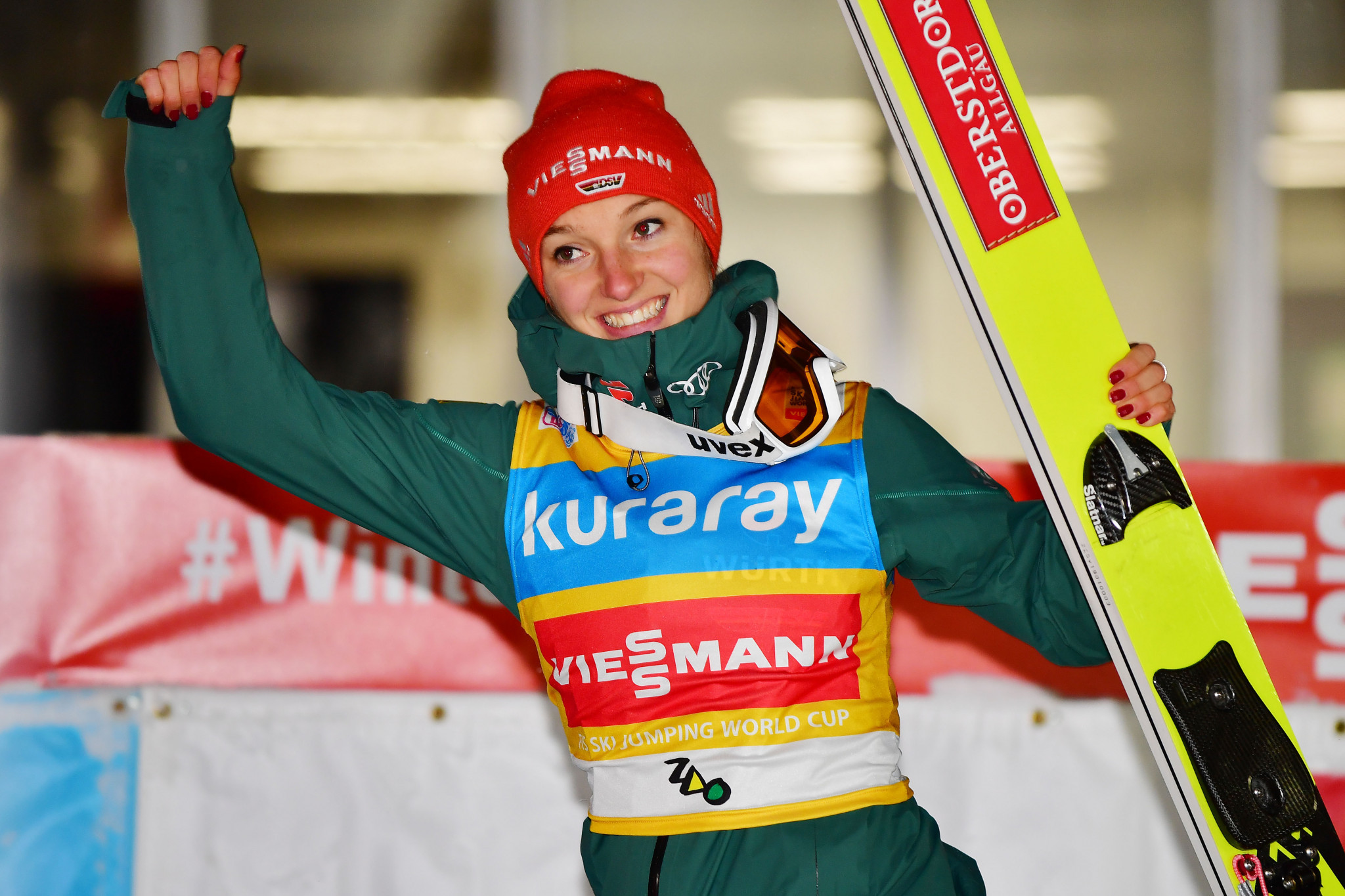 The Pyeongchang 2018 Olympic silver medallist claimed the lead in the World Cup standings after the third competition of the season in Lillehammer on December 2, holding onto it until January 26.

She was then usurped by Norway's reigning Olympic and World Cup champion Maren Lundby who has since opened up a healthy lead by winning the last five competitions in a row.

Althaus has not won an event since Prémanon in France on December 16 but flew out to 89.5 metres in Slovenia today to head qualification into the 40-jumper final.

That was enough to give the German a tally of 136.4 points.

Ursa Bogataj was second for hosts Slovenia, scoring 131.4 points for her jump of 87m.

Russia's Lidiia Iakovleva registered 86m for 129.1 points and third place, as Lundby had to settle for fifth.

The Norwegian managed 85m for 127.3 points but everyone will start with a blank slate in tomorrow's final.

Lundby has 988 points in the World Cup standings, with Althaus now second on 867.

There are 100 points available for a victory with the duo enjoying a healthy advantage over third-placed Juliane Seyfarth of Germany, who has 641.

After tomorrow's individual event, a team competition will conclude action in Ljubno on Saturday (February 9).

The men's circuit will also resume tomorrow in Lahti in Finland with qualification.

Poland's three-time Olympic gold medallist Kamil Stoch, the defending World Cup champion, enters the event after winning his first World Cup leg of the season last time out in Oberstdorf in Germany, at the 19th time of asking.

It has placed him second in the World Cup standings which are still being dominated by Japan's Ryōyū Kobayashi on 1,380 points.

Kobayashi won nine out of the first 12 World Cups, including every leg of the Four Hills Tournament, which sees him top the pile despite him having won just one of the seven competitions since.

Stoch has 929 points in second place with Austria's Stefan Kraft third on 917.

A team event will take place after tomorrow's qualification on Saturday, before the individual competition a day later.

The event is part of the Lahti Ski Games taking place across the weekend, which also includes World Cups in cross-country skiing and Nordic combined.