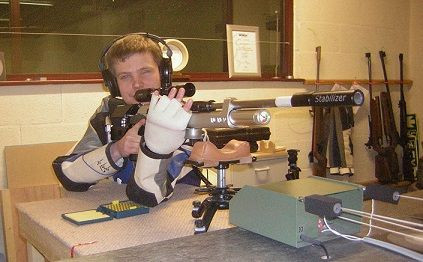 World Shooting Para Sport has taken over the governance of visually impaired events from the International Blind Sports Federation (IBSA).

The move, approved by the International Paralympic Committee's (IPC) Governing Board, means there are now seven classes under World Shooting Para Sport's remit.

Vision-impaired athletes use air rifles to fire a series of shots at a stationary target from 10 metres away.

They use an audio signal to guide them, which rises in pitch as their point of aim moves nearer to the centre of the target.

Vision impaired events will first be contested under the new arrangement at the International Shooting Competition of Hanover in the German city in May.

Shooters will then get a chance on the World Cup stage in Osijek in Croatia in July, before the class makes its World Championships debut in Sydney in October.

Tyler Anderson, World Shooting Para Sport Manager, said: "We are thrilled to have vision impaired shooting join our family and open the door for more athletes to compete in our fantastic sport.

"We thank IBSA and the many individuals who made this possible for their tremendous contributions and we look forward to the first competition in Hanover."

"The start of vision impaired shooting within World Shooting Para Sport is the result of teamwork and individual interest in our high performing sport," said head of technical Ferrol van Hoeven.

"Especially when two sport organisations open the door for creative and dedicated solutions, you get the highest score."

Jannie Hammershoi, the IBSA President, added: "After a period of great work by World Shooting Para Sport in collaboration with IBSA's Shooting Committee, we are confident they have the resources and drive needed to take it forward as the specific global governing body.

"We are really happy to hand them the baton for this great sport of skill and accuracy, and appreciate their commitment to including athletes with visual impairments.

"IBSA will always be on hand to support with expertise, grassroots development and our specific but wide network.

"We are excited to see shooting go from strength-to-strength in the coming years."