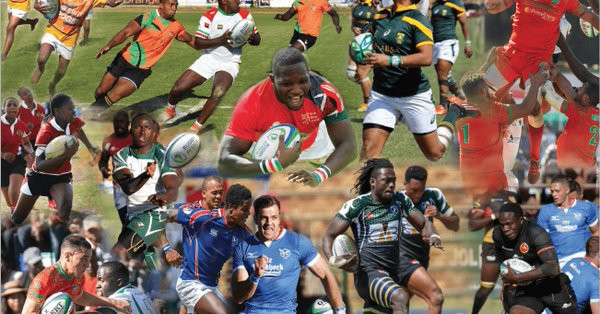 More than 30 National Federation heads are expected to gather in Morocco for the upcoming Rugby Africa Summit, which will mark the end of Abdelaziz Bougja’s long tenure as the President of the continental governing body.

The inaugural edition of the event is scheduled to take place at Adam Park Marrakech Hotel from February 27 to March 2.

Making up the agenda is an Executive Committee meeting, training workshops and the 13th General Assembly.

The gathering is seen as a pivotal moment in the evolution of Rugby Africa, formerly known as the African Rugby Confederation (CAR), with Bougja’s term of office concluding after 17 years of service.

Originally elected President of the CAR at the 2002 General Assembly in Cameroon’s capital Yaoundé, the Moroccan-born Frenchman was re-elected in 2006, 2010 and 2014.

"In 2018, the various national teams from 24 countries participated in competitions organised by Rugby Africa.

"Rugby has become very much a mainstream sport and is widely played in Africa.

"Our sport is the one with the highest growth rate in Africa."

Bougja added: "My successor will inherit a stable and professional organisational structure.

"We have set out clearly defined plans and priorities.

"One of them is to promote the participation of women in African rugby.

"To this end, we propose to nominate a minimum of two women to the Executive Committee, but I hope we will have more.

"I am looking forward to this Summit, which will be a real celebration of African rugby, Africa, its culture and its diversity.

"I am also delighted to be able to hand over the torch in my native country, Morocco."

The General Assembly will provide an opportunity to renew several trusty partnerships, reinforcing the links between Rugby Africa and the South African Rugby Federation and the FFR.

It will conclude with the presentation of awards to the federations and the election of the new Executive Bureau of Rugby Africa.

"The Rugby Africa Summit will be an opportunity to bring together all of the African rugby players, federations, sponsors, suppliers as well as the various partners to celebrate the sensational development of rugby in Africa and the unparalleled sponsorship opportunities offered by African rugby.

"This Summit will also provide an opportunity for the extended family of African rugby to thank Abdelaziz Bougja, who dedicated 17 years of his life to the development of rugby in Africa."