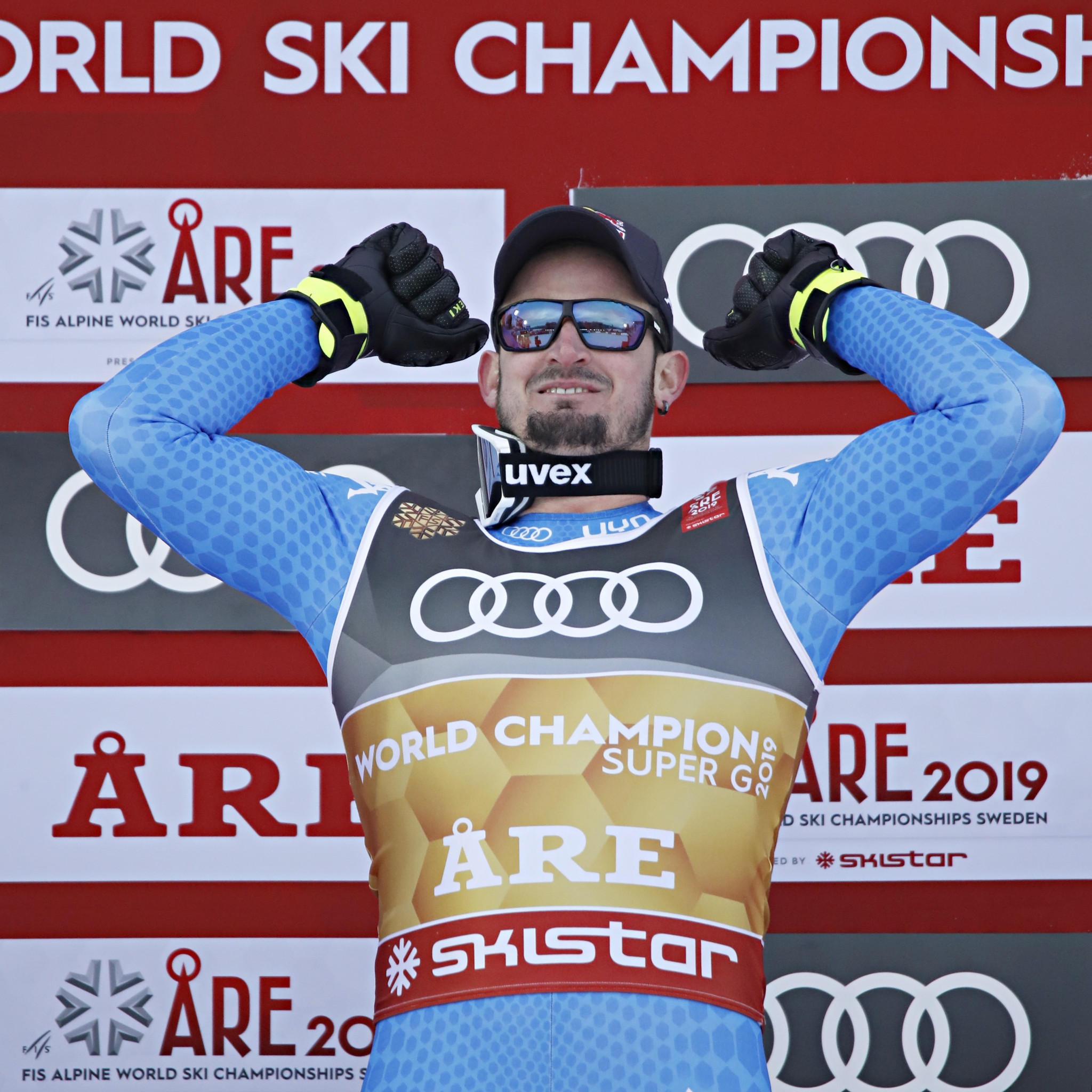 That saw him finish nine-hundredths of a second ahead of two skiers Johan Clarey from France and Austria’s Vincent Kriechmayr, who crossed the line in identical times of 1:24.29.

Just missing out on the medals in fourth was another Italian Christof Innerhofer, who managed a time of 1:24.55.

"After the victories in Bormio and Kitzbuehel [on the World Cup circuit] this gold arrived too," Paris said.

In conditions that clearly hampered the athletes, Pyeongchang 2018 champion Mayer from Austria was one of 19 skiers who failed to finish the course.

The 28-year-old, also winner of the downhill Olympic gold medal at Sochi 2014, started well but his race was over when, misjudging the correct line over a jump half way down, he missed a gate to the right.

Switzerland’s Beat Feuz, who went first in today’s competition and finished 18th in 1:25.20, summed up the conditions afterwards saying, "t would have been great, if I had seen anything."

Meanwhile Norway’s Aksel Lund Svindal, a five-time world and two-time Olympic champion added it was "dark" but "competitive and fair".

He finished 16h and is set to retire at the end of the Championships.

Tomorrow there are no competitions with the day set aside for training for both the men’s and women’s downhill.