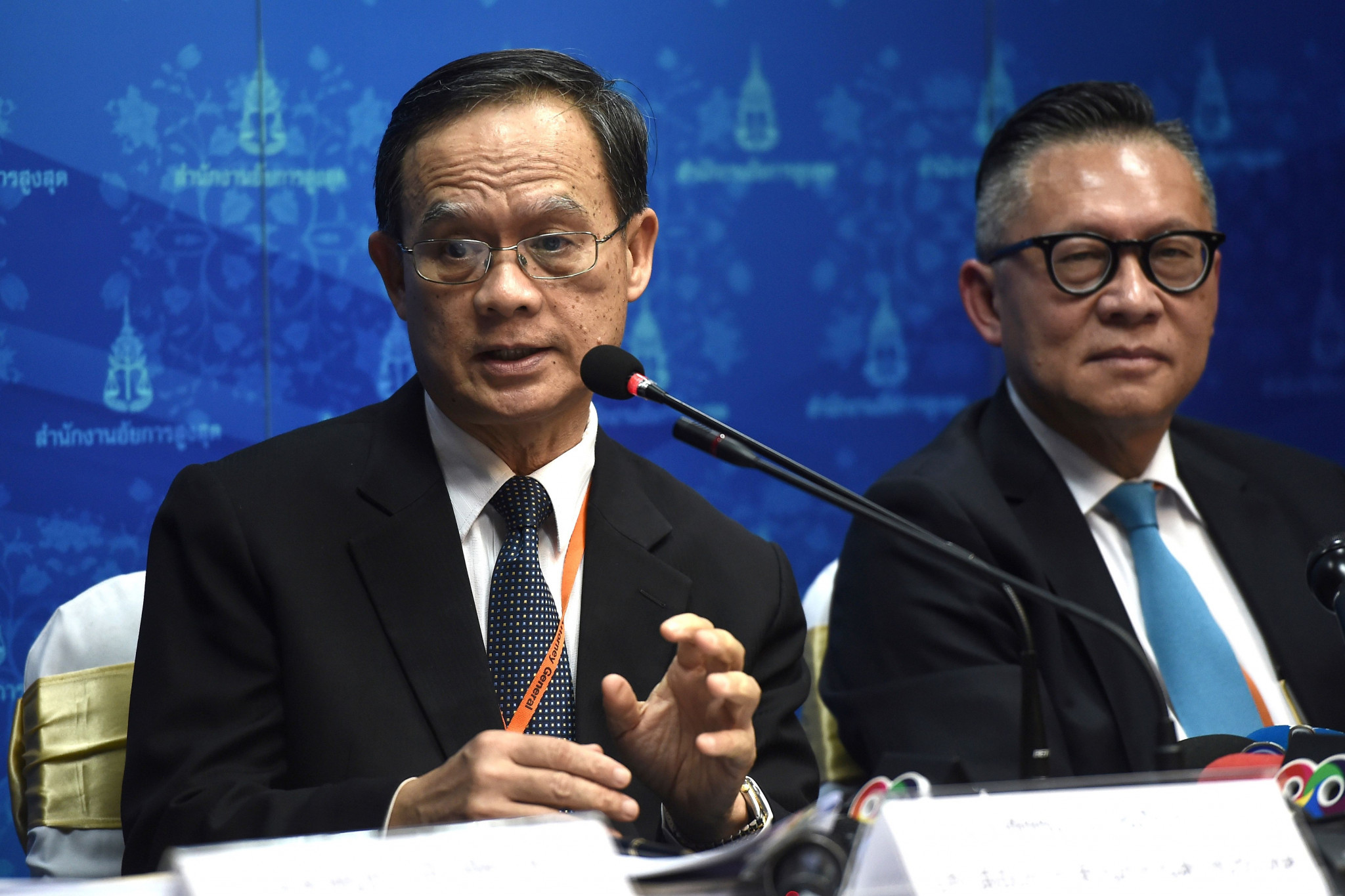 Thailand's Government has claimed it is not to blame for the situation involving refugee footballer Hakeem Al-Araibi as it called on Australia and Bahrain to reach a "win-win" solution in his ongoing case.

In a statement released today, the Ministry of Foreign Affairs said Al-Araibi was detained in Bangkok at the request of Australia and dismissed claims it was prejudiced against Al-Araibi.

Thailand has been widely criticised across the world for failing to allow Al-Araibi to return to Australia rather than be extradited to Bahrain, where he fears he will be tortured and possibly killed.

The Ministry of Foreign Affairs insisted, however, that the "Executive Branch cannot interfere with the judicial process" in his case.

Al-Araibi, who fled Bahrain in 2014, has been detained in Thailand since he was arrested in November and campaigners are pleading for him to be sent back to Australia, where he has refugee status.

He was sentenced to 10 years in prison in 2014 for allegedly vandalising a police station during Arab Spring protests in Bahrain, charges he strongly denies.

"Thailand had previously not been aware of Mr. Hakeem’s case and does not have any prejudice against him," the Ministry of Foreign Affairs said in a statement.

"Indeed, we would not have become involved in the issue had we not received the red notice alert from the Australian Interpol and the subsequent formal request by Bahrain for his arrest and extradition.

"Thailand hopes that Australia and Bahrain will have the goodwill to earnestly work together towards finding a win-win solution to this issue."

Football Federation Australia (FFA), among the sports bodies to call for Al-Araibi's secure release, today confirmed a proposed under-23 team trip to Thailand has been cancelled owing to the 25-year-old remaining in prison in the nation.

In a statement, the FFA said the trip had been organised long before the crisis emerged and it remained fully supportive of Al-Araibi.

Al-Araibi appeared shackled and handcuffed at a Criminal Court hearing in Bangkok on Monday (February 4).

He is set to remain in prison for the next 60 days as lawyers prepare his case, which has attracted worldwide attention, against extradition to Bahrain.

According to ABC, a spokesperson for the Thai Attorney-General's office said Al-Araibi could be held until August while the court decides whether to extradite him to Bahrain or allow him to return to Australia.

Other sports governing bodies have called for Al-Araibi to be sent back to Australia, including FIFA, the Asian Football Confederation and the International Olympic Committee.

The AFC has been criticised for its handling of the case as President Shaikh Salman Bin Ibrahim Al-Khalifa has a conflict of interest owing to his stature within Bahrain's royal family.

Al-Araibi claims his imprisonment is Shaikh Salman taking revenge after he openly criticised the FIFA vice-president, who unsuccessfully ran for the top job at world football's governing body in 2015.