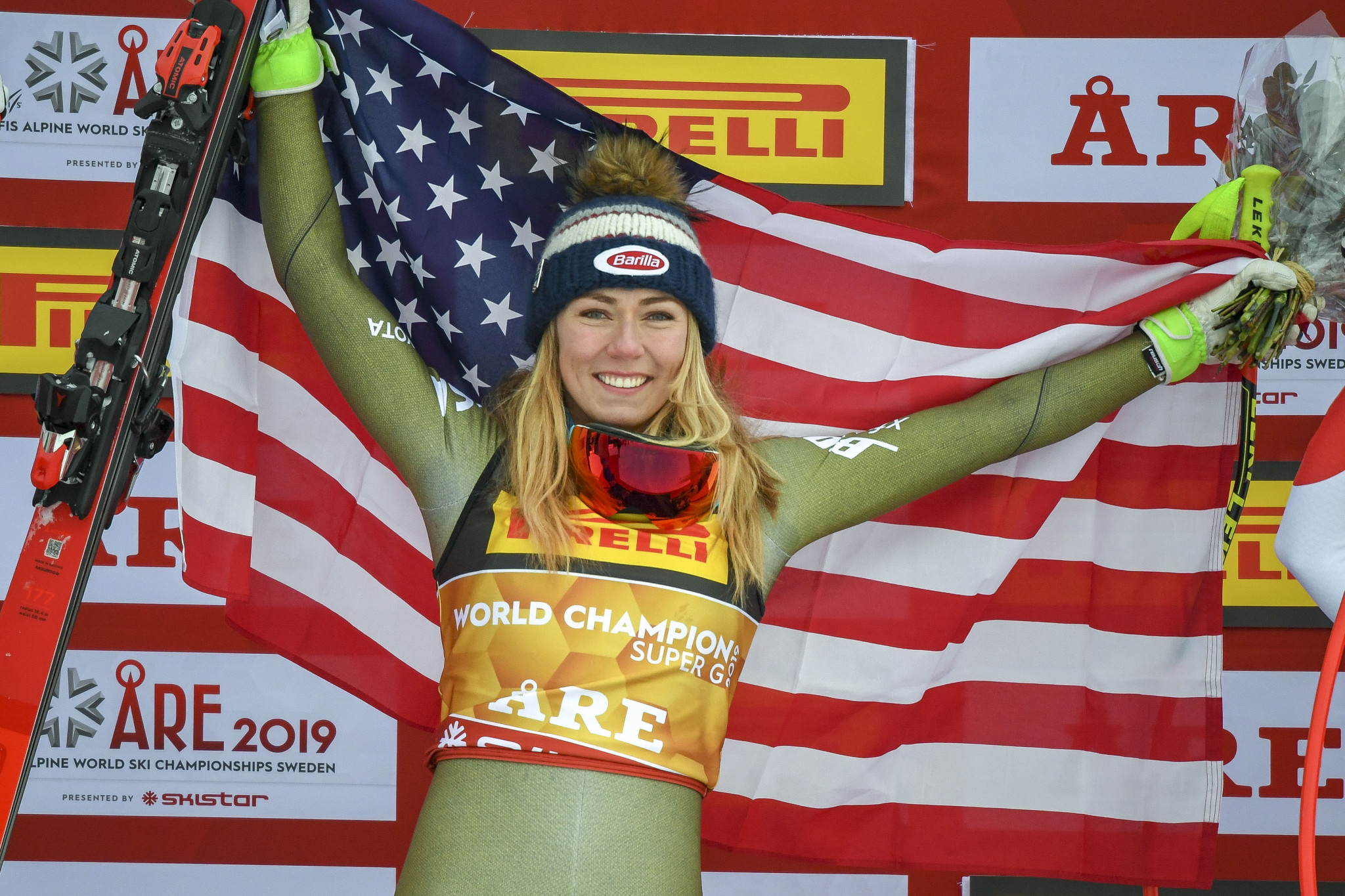 United States star Mikaela Shiffrin has continued to cement herself as one of the greatest skiers of all time, winning the women’s super-G title at the International Ski Federation Alpine World Ski Championships  in Åre in Sweden.

The 23-year-old, has already picked up 56 World Cup wins in her career to date and generally is considered more of a technical skiing specialist, having won three slalom world titles and Olympic slalom gold in Pyeonchang last year.

Today, though, she showed she is among the best in the speed disciplines as well, winning the super-G in 1min 5.89sec, despite a slight mistake at the top of the course.

"This is crazy," Shiffrin said.

"It was a really tight race, the differences were like nothing.

"It's tough, all these girls deserved to win."

Another US skiing icon Lindsey Vonn, in what was set to be the penultimate appearance of her career, dramatically crashed out.

The 34-year-old 2009 super-G world champion and four time overall World Cup champion hit a gate in mid air and lost control, falling face first down the hill and into the safety barriers beside the course.

The crash came just four days after the skier from Minnesota, who made her World Cup debut aged just 16 and went on to claim 82 wins on the tour, announced her impending retirement.

In a statement published on Instagram, the Olympic downhill bronze medallist from Pyeongchang said that her body is broken "beyond repair" following another crash in November that injured her left knee.

Initially Vonn had planned to compete in the downhill in Åre as well as the super-G but, following today’s crash, it is now unclear whether she will take to the snow in the downhill, which is due to go ahead on Sunday (February 10).

She was able to ski away from today's incident, however, and revealed she planned to try to get ready to ski again.

"I'm just trying to accept the position I'm in and move forward with it," Vonn said afterwards.

"I'm hoping Sunday will be a much better day."

The Olympic super-G champion Ester Ledecká had a disappointing performance, finishing more than two seconds off the pace.

Tomorrow the World Championships is set to continue with the men’s super-G.