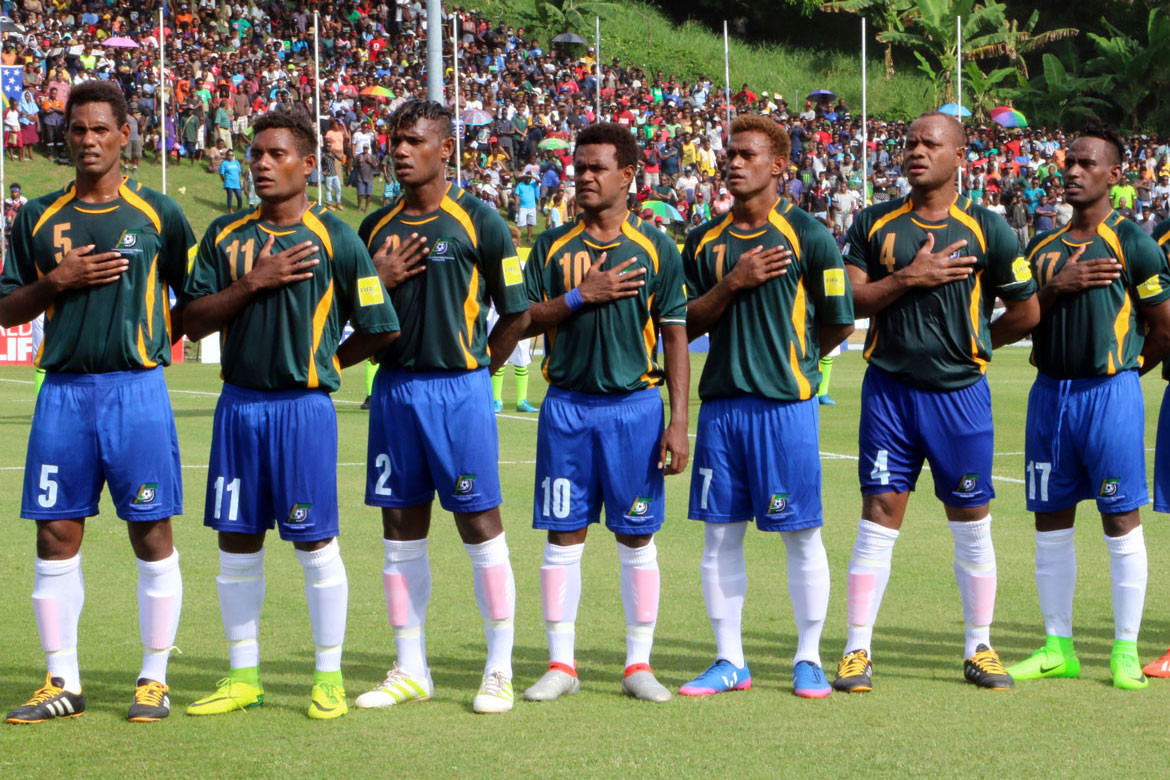 Solomon Islands Football Federation President Willie Lai has claimed the national team are targeting success at this year's Pacific Games in Samoa as a springboard to qualification for the 2026 FIFA World Cup.

The Solomon Islands have never won the football gold medal at the Pacific Games but Lai told SIBC Online that the short-term goal was to top the podium at the event, scheduled to run from July 7 to 20.

The country, a nation of hundreds of islands in the South Pacific and with a population of less than 600,000, were eliminated at the group stage at the 2015 Games in Papua New Guinea but finished second to hosts New Caledonia four years earlier.

Qualification for the FIFA World Cup has also proved elusive for the Solomon Islands, ranked 144th in the world, although the expansion of the 2026 tournament in the United States, Canada and Mexico to 48 teams has offered hope to the smaller nations.

The Oceania Football Confederation (OFC) usually only receives half-a-place at the World Cup, with the winner of their qualification system having to face the fifth-placed team from South America in a two-legged play-off.

But the region is likely to be given a full place at the 2026 World Cup, meaning the team which triumphs in the OFC final will qualify automatically.

Solomon Islands reached the final of the OFC qualification for last year's tournament in Russia but were comprehensively beaten 8-3 on aggregate by New Zealand, who eventually lost out to Peru in the Inter-Confederation play-off.