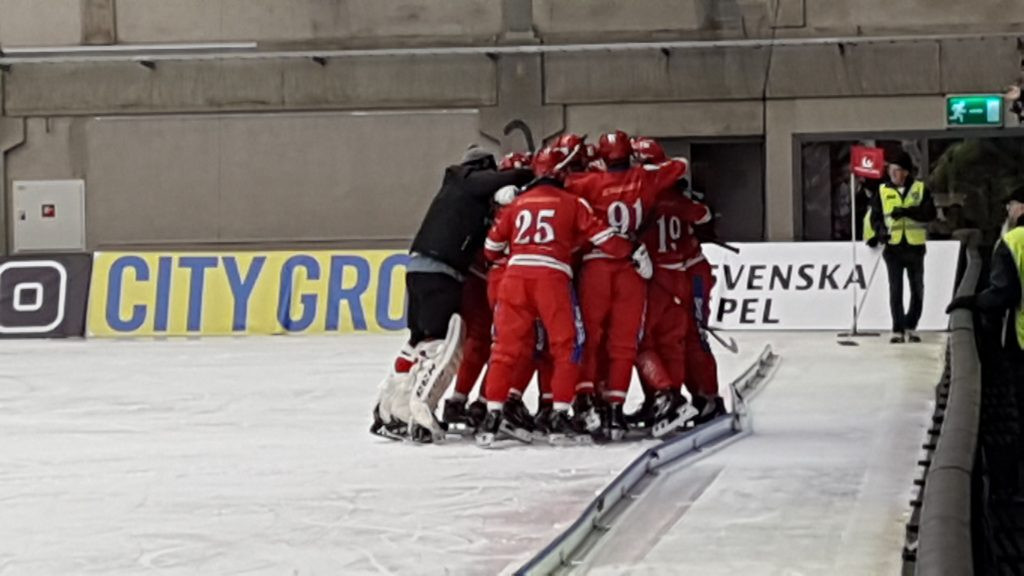 Almaz Mirgazov scored a dramatic sudden-death winner as Russia retained their Bandy World Championship title with victory over hosts Sweden in a thrilling final in Vänersborg.

Mirgazov was the hero for Russia as he found the net with the game-deciding goal to give his side a 6-5 triumph at the Arena Vänersborg.

Finland had earlier claimed the bronze medal with an 8-2 victory against Kazakhstan.

Sweden, desperate to avenge the defeat they suffered to Russia in last year's final, began brightly and scored the opening goal through Christoffer Edlund two minutes into the contest.

Evegeny Dergaev equalised with a penalty stroke 11 minutes later before Johan Esplund and Erik Pettersson scored twice in quick succession to give Sweden a 3-1 lead.

Mirgazov reduced the deficit by one but Christoffer Fagerström then restored Sweden's two-goal advantage shortly after.

Dergaev got his second of the match to make it 4-3 before Christoffer Edlund looked to have sealed victory for Sweden with his side's fifth.

Russia came roaring back, however, as Almaz Mirgazov and Yury Vikulin levelled the match at 5-5 to send the contest into sudden-death.

Mirgazov chose the perfect time to complete his hat-trick, scoring 87 seconds into the additional period to ensure his team were crowned world champions for the 12th time.