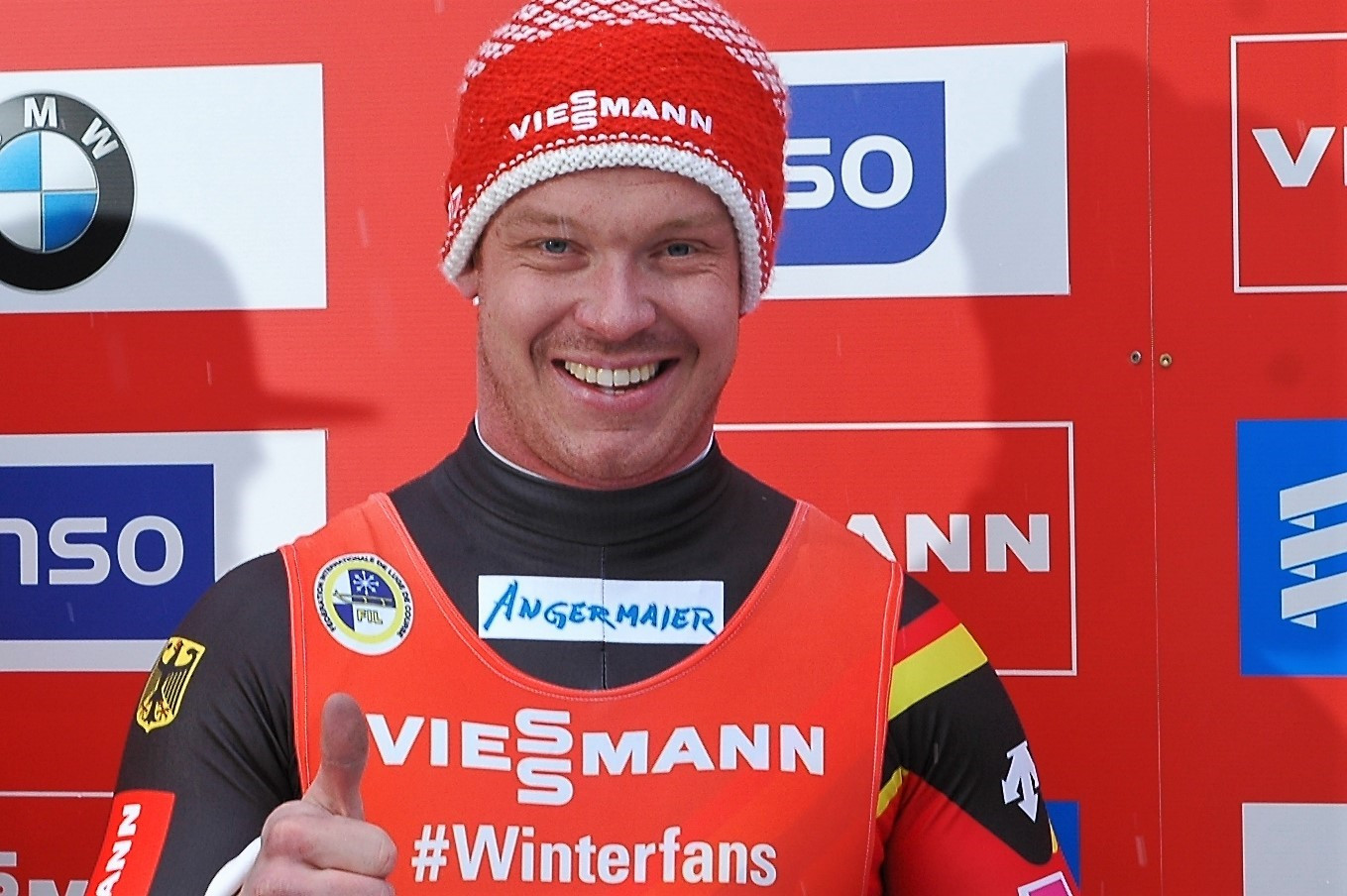 Loch won the sixth World Championship gold medal of his career in Winterberg last week and continued this form into the FIL World Cup today, winning in Altenberg with a time of 1min 48.669sec.

Austria's Reinhard Egger was a fraction of a second behind Loch to finish second with 1:48.673.

Loch is second on 537 points and Egger has moved up to third place with 520.

The event was hit with heavy snowfall, with only the top 20 from the first heat allowed to compete in the second run.

"It was very close, but I’m delighted it worked out so well.

"The weather wasn’t great this time either.

"I changed something on the sled before the first run, which was the right decision.

"I’m looking forward to the next race, it’s getting really exciting again."

The doubles competition also took place today, with Austria's Thomas Steu and Lorenz Koller securing their third victory of the season and their first outside their home country.

"This is really cool," Steu said.

"We hadn’t expected this after training.

"Everyone made mistakes in the race and we exploited that mercilessly so we deserved to win."

Steu and Koller have now moved up to second in the overall standings with 652 points, after Germany's Tobias Wendl and Tobias Arlt finished in 19th place today to move down to third overall with 598.

Eggert and Benecken still have a clear lead with 810 points.

The competition in Altenberg is due to conclude tomorrow with the women's race and team relay.