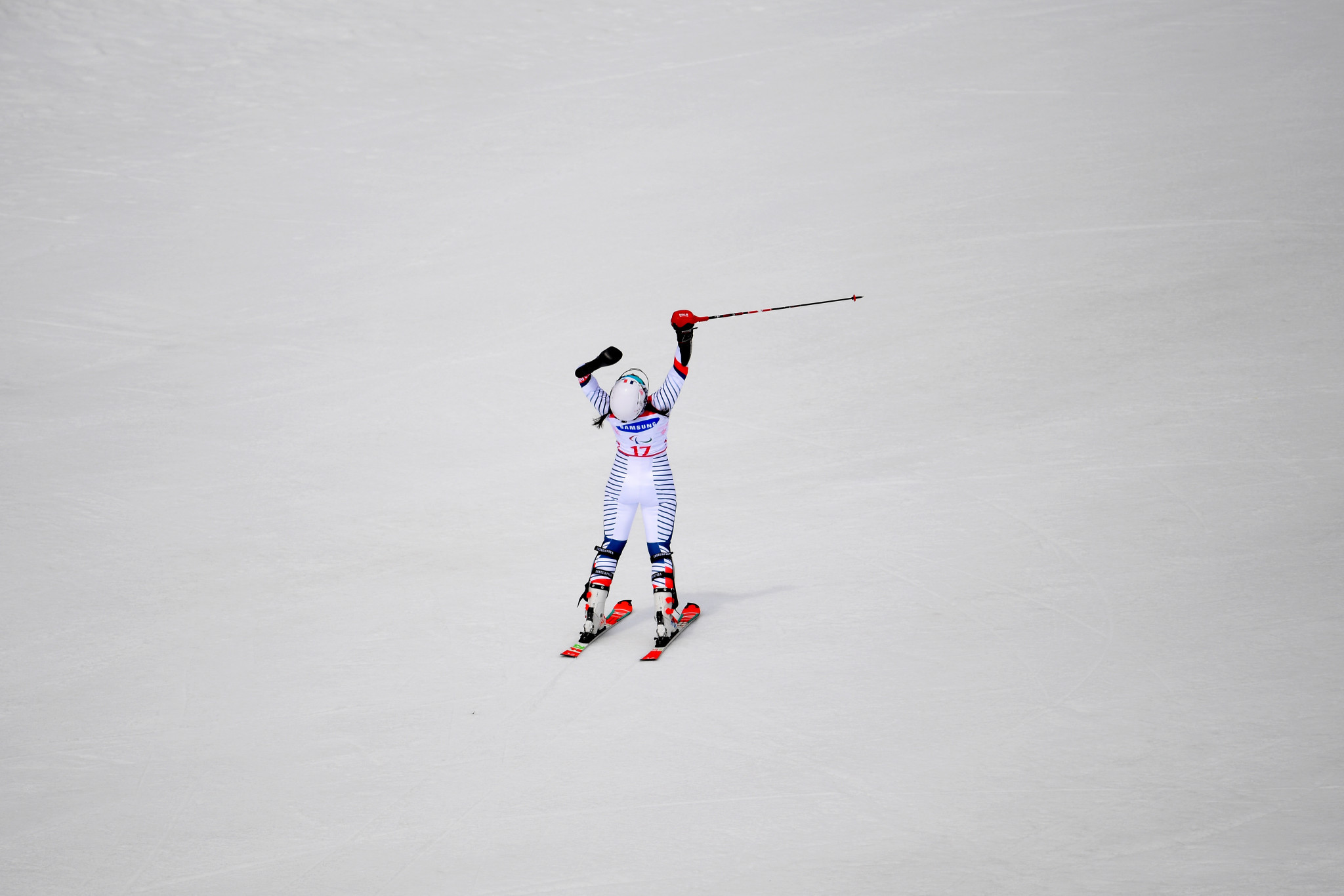 Dutchman Jeroen Kampschreur and Marie Bochet of France each completed their hat-trick of gold medals as they claimed their third titles at this year's World Para Alpine Skiing Championships in Sella Nevea in Italy.

Kampschreur, the reigning Paralympic champion in the sitting super combined event, clocked a time of 58.81sec to top the podium in the men's downhill sitting race.

The formidable 19-year-old finished 0.63sec quicker than Canada's Kurt Oatway, who ended with silver in 59.44.

The bronze medal was claimed by Japan's Takeshi Suzuki, who crossed the line in 1min 00.87sec.

Bochet also sealed her golden treble as she produced a dominant performance to claim the women's downhill standing crown in 1:05.82.

The eight-time Paralympic champion outclassed the rest of the field, with Germany's Andrea Rothfuss finishing over five seconds adrift in silver medal position.

Elsewhere on the first day of competition in the Italian resort, hosting the speed races after technical competitions were held in Kranjska Gora in Slovenia, Germany's Anna Schaffelhuber retained her women's downhill sitting title.

Schaffelhuber, gold medallist in the event at last year's Winter Paralympic Games in Pyeongchang, beat compatriot Anna-Lena Forster to the crown with a time of 1:08.54.

Forster did enough for silver, while bronze was earned by Momoka Muraoka of Japan.

The British duo ousted compatriots Kelly Gallagher and guide Gary Smith with a commanding time of 1:16.09.

Paralympic champion Giacomo Bertagnolli of Italy and his guide Fabrizio Casal secured their second gold medal of the event by winning the men's visually impaired downhill in 1:00.28.

The Championships are due to continue tomorrow.