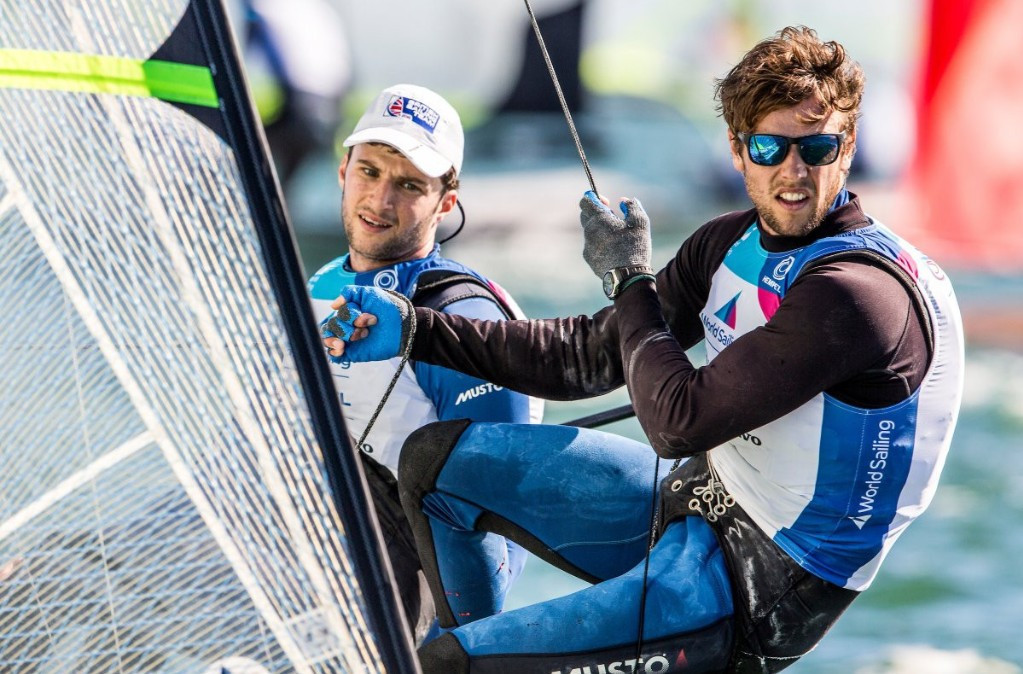 Britain's James Peters and Fynn Sterritt top the 49er class after day one at the Sailing World Cup in Miami, despite a disappointing result in their first race.

Peters and Sterritt finished in 21st in the opening race, struggling with the unpredictable winds that affected the competition all day.

The lowest place result for competitors is discarded, however, and the British duo finished first and third in the next two races to top the leaderboard in Florida.

With Peters and Sterrit having already recorded a very low finish, however, they will have little room for error in their remaining nine races.

"The first race we were actually right up there for most of the race," said Peters.

"We just had a difficult situation on the last run with new breeze filling in from behind and it was hard to pick whether to go for it or stick to the breeze we had.

"Either way I think it would have been hard not to lose places but as it happens we did choose the wrong option.

"It was great to sail so well in the next two races after that.

"We sailed in much the same way in both races, getting ourselves clear of the large fleet and picking the shifts up the right hand side."

Here are the best bits from Day 1️⃣ of racing 👌

The 49FX fleet took to the water after the 49er event had finished, but could only complete one race due to the winds.

Sophie Weguelin and Sophie Ainswort of Britain won the race to top the leaderboard, while New Zealand's Alex Maloney and Molly Meech came second and Germany's Victoria Jurczok and Anika Lorenz were third.

In the men's 470 event, Sweden's Anton Dahlberg and Fredrik Bergström are currently leading after finishing second and third today.

The Italian pair of Giacomo Ferrari and Giulio Calabrò are in second following victory in the opening race and a sixth place finish.

Stuart McNay and David Hughes of hosts the United States placed third and fifth to sit in third overall.

Poland's Agnieszka Skrzypulec and Jolanta Zohar won both of the women's 470 races to top the leaderboard.

Fabienne Oster and Anastasiya Winkel of Germany are in second with two fourth place finishes, while Italy's Benedetta di Salle and Alessandra Dubbini are in third with second and ninth place finishes.

Competition will continue in Miami tomorrow.