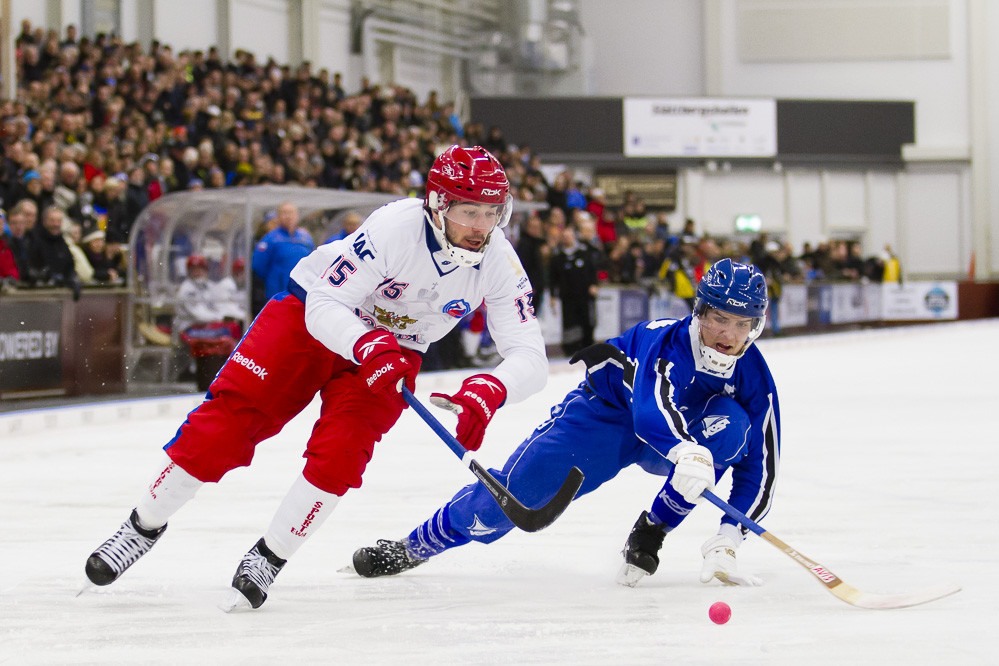 Defending champions Russia bounced back from their opening defeat at the Bandy World Championship by crushing Kazakhstan 22-1.

The Russians, searching for a 12th title in Sweden, lost 6-4 to the host nation in their first Pool A match at the Arena Vänersborg.

They proved far too strong for the Kazakhs who also lost their opening encounter 9-0 to Finland.

In the second Pool A game, Sweden made it two-wins-from two as they saw off the Finns 6-0 at Ale Arena in Bohus to guarantee a place in the semi-finals.

Pool B saw another huge win as Norway thrashed Germany 25-1 to make it two wins from two and make the next round.

The Germans beat The Netherlands 13-10 yesterday but found themselves outclassed.

United States, who lost their opening game to Norway, beat the Dutch 13-2 today.

Both Pool B games took place at the Arena Vänersborg.

It is the weaker of the two groups at the tournament with the top two sides progressing to the play-offs.

They will meet the bottom two sides from Pool A.

The top two sides in Pool A will go straight into the semi-finals where they will meet the play-off winners.

The bottom two sides in Pool B will play for seventh place.

Pool play will resume on Wednesday (January 30) after a rest day tomorrow.