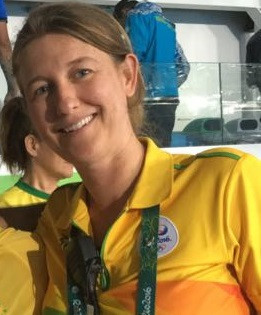 The Boccia International Sports Federation (BISFed) has confirmed two full-time appointments to help with the day-to-day running of the Paralympic sport.

Katie Ribero has joined as general manager while Gustavo Alvarim has been hired as technical manager.

Ribero will be responsible for general administration, including membership, finance and assisting the BISFed Board and Committees.

Assisting the Anti-Doping Committee will also be part of her work, as well as the BISFed website and communications.

At the Rio 2016 Olympics and Paralympics, Ribero was an employee of the sports department on the Games Organising Committee.

She served as International Federation services manager for the boccia competition.

Alvarim's role will be to ensure the smooth running of the new BISFed competition management system at sanctioned events.

He will also lead the training of technical delegates, up to international level.

The IT and software expert has already worked at many boccia competitions, experiencing his first event at the World Championships in Povoa in Portugal in 2002.

Supporting the two appointments will be Dominique Tremblay, who will continue as BISFed operations manager.

The Canadian Paralympian in wheelchair racing worked with Boccia Canada from 2015 to 2014, and took on a part-time role as BISFed operations manager in 2015.

He took this job on a full time basis in 2017 and is responsible for managing the bid process for BISFed-sanctioned events.

He also liaises with Organising Committees and the administration of courses for referees and coaches.