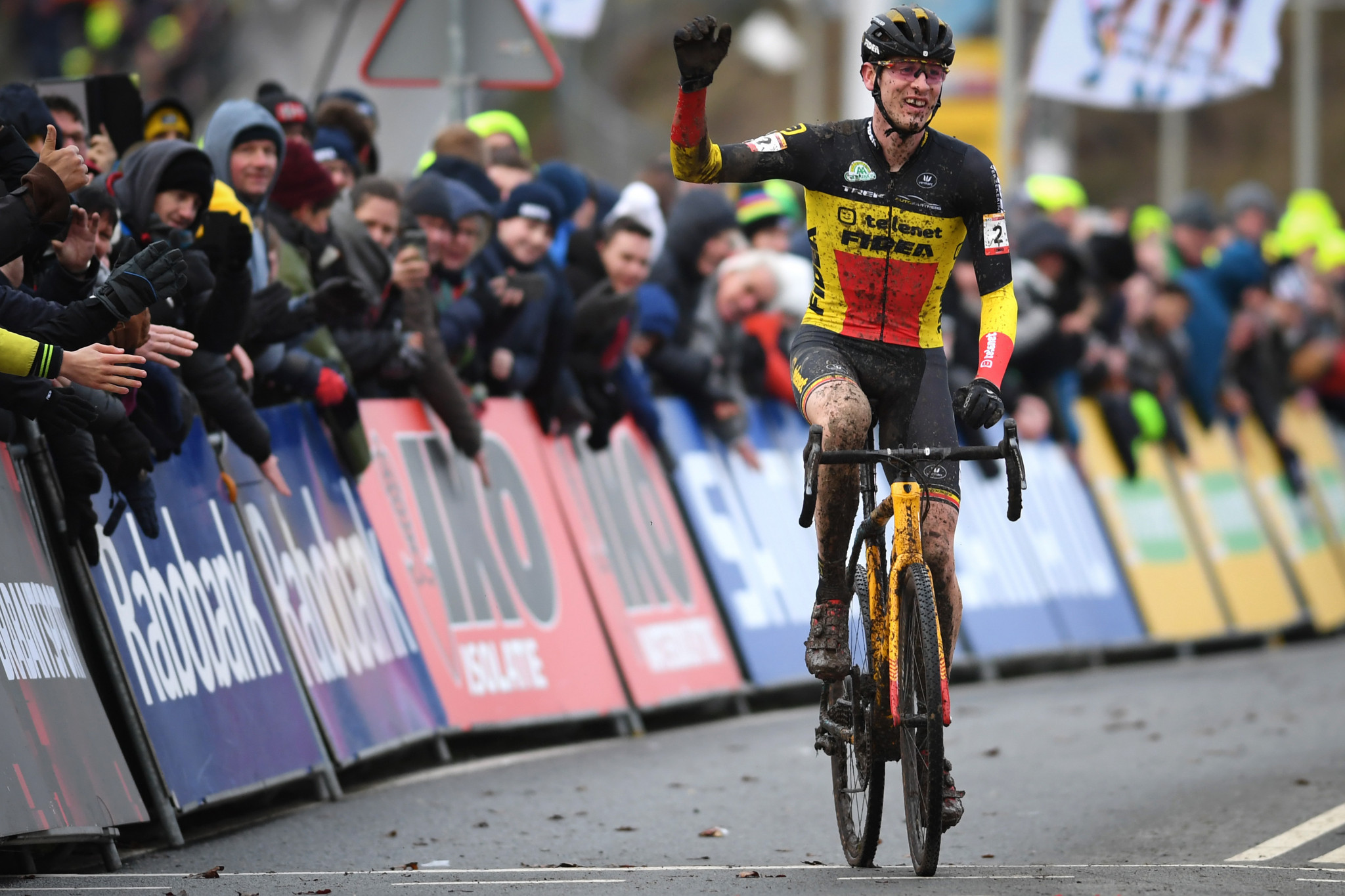 Belgium's Toon Aerts sealed the overall International Cycling Union Cyclo-Cross World Cup title today by finishing in front of his compatriot and rival Wout van Aert in the final race of the season.

Going into the contest in Hoogerheide in The Netherlands, 25-year-old Aerts trailed Van Aert in the standings, but only by three points, meaning whoever beat the other today was almost certain to win the title.

With overall victory on the line Aerts finished ahead of his rival by 13 seconds, sealing second place in 1 hour 1min 43sec.

Last time out only a second separated the two racers and it was Van Aert who won, but this time Aerts led his compatriot from the beginning and never looked like being caught.

Even Aerts could not match Dutchman Mathieu Van Der Poel, however, who took his sixth race win of the season in 1:01.30.

Twenty-four-year-old Van Der Poel has arguably been the dominant rider on the circuit this season, having won all six races in which he has taken part.

He was not in contention for the overall title though, as he did not appear at three events this term so was comfortably behind both Aerts and Van Aert in the standings.

On the women's side Marianne Vos from The Netherlands had already sealed the overall title before today's race.

She finished third today in 43:46, behind her compatriot Lucinda Brand who took the win and Katherine Compton from the United States who claimed second place.

Brand's victory was her third of the season, having not finished below second in every appearance this term.

Much like Van Der Poel on the men's side, however, having not appeared at four races she was not in contention for the overall title.

Compton's second place, which she sealed in 43:27, was her best result of the season.

With the World Cup season now over the World Championships will take place next weekend (February 2 and 3) in Bogense in Denmark.